Buyers of a flat will have the option to pay in cryptocurrency.

The owners of the Sussex Heights flat in Brighton will accept either Bitcoin or Ethereum cryptocurrencies as payment.

At the current exchange rate the price is equivalent to about 21.48 Bitcoin.

This listing by Brand Vaughan marks the first of it’s kind to be accepting the Ethereum cryptocurrency.

The flat in Sussex Heights can be bought using cryptocurrency, Brand Vaughan has said

With only two prior properties sold for cryptocurrency in the UK, Brand Vaughan hopes this to be the third.

The seller, a young tech entrepreneur has been involved with cryptocurrency for several years and sees the usage and price of cryptocurrency growing exponentially in coming years.

The seller will accept offers in GBP but has expressed a preference in accepting Ethereum or Bitcoin.

The apartment sits on the 20th floor of Sussex Heights.

All very fitting for a modern day cryptocurrency millionaire. 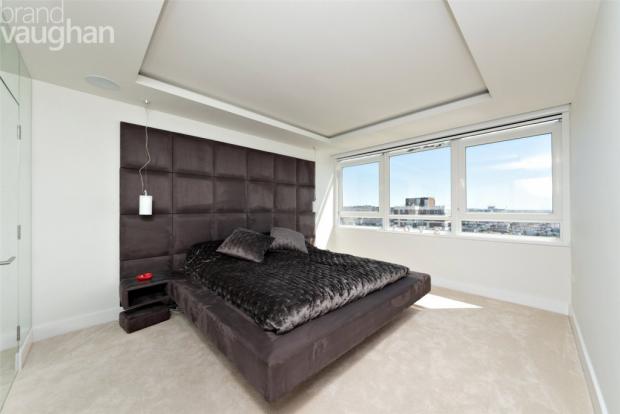 A bedroom in the flat for sale

Bitcoin is a type of cryptocurrency that enables users to make peer-to-peer transactions without going through a bank.

Bitcoins are used to carry out anonymous digital purchases or transfers, and every transfer or purchase is logged digitally – known as blockchain.

In the past, the currency has mainly been used as a way of making money by buying bitcoins at lower prices and selling for higher prices.

Now, though, they are gaining popularity as a form of payment for businesses.

One of the major benefits to using bitcoins is that it’s much more straightforward – there are no credit limits or charges that you would be subject to if paying by credit card, no need for cash, and no extra fees that can be added on without prior agreement between buyer and seller.

However, although it is not illegal, Bitcoin is not classed as legal tender in the UK, and it isn’t covered by any UK regulatory protection. 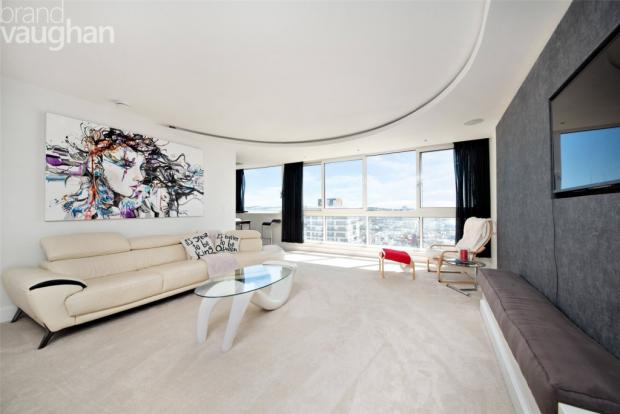 Another issue, more specific to property purchase, is dealing with how stamp duty is paid to HMRC after a bitcoin transaction, and how estate agent commission is paid.

The exchange rate of bitcoins can be extremely volatile and has seen some wild fluctuations in the past.

Ethereum, the worlds second largest cryptocurrency has also seen phenomenal gains, already soaring over 70 per cent in the first month of 2021.

Ethereum is the lesser known of the two, with many analysts predicting it may over take Bitcoin as the worlds dominant cryptocurrency due to it’s revolutionary take on cryptocurrency infrastructure.

What have Brand Vaughan said?

“As we start to see more examples of real world adoption of digital currencies, it is a natural progression to see more property sales accepting Bitcoin and we are proud to play an early role in that.

“We are very excited to be able to give a platform to sellers embracing this digital currency revolution.”

No home has ever been sold using cryptocurrency in Brighton

This property sale accepting the Ethereum cryptocurrency makes it a first of it’s kind in the UK.

What other houses have been bought with bitcoin?

Consisting of an estate agency and new homes development company, Hertfordshire based Go Holdings sold a four-bed detached home in Colchester worth £350,000.

The other property to have sold was a £595,000 four-bed townhouse in Hertfordshire.