Why Litecoin continues to perform despite bearish on-chain data

The value of Litecoin is currently at a range last witnessed during the 1st week of May 2018. A price above $185 can be dated back to March 2018, so LTC was testing major resistance levels.

The week on week performance since 14th December has been exceptional and its price recovery is leading to positive developments as well.

As reported earlier, Flare Network announced its integration with Litcoin as the network will allow LTC functionality with Ethereum like smart contracts. The network also declared a free crypto airdrop for Litecoin Hodlers.

While the market remains positive for Litecoin, at the press time, certain on-chain metrics continue to indicate a few red-flags for the asset’s current value. 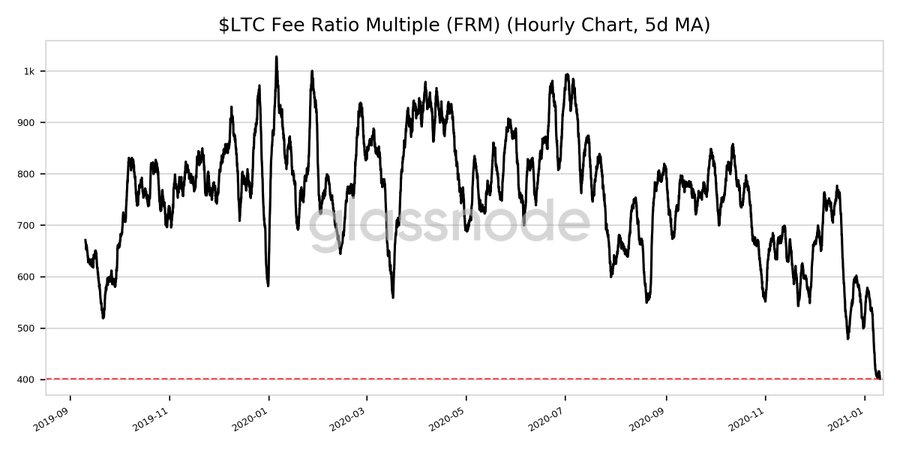 According to glassnode, Litecoin Fee Ratio multiple dropped down to 16-month low in the charts. While the FRM indicator is not related to the price, it is directly associated with the security of the network.

The metric is defined as the ratio between the total miner revenue (block reward+transaction fees) and transaction fees and a low FRM ratio indicated a lesser secured network. 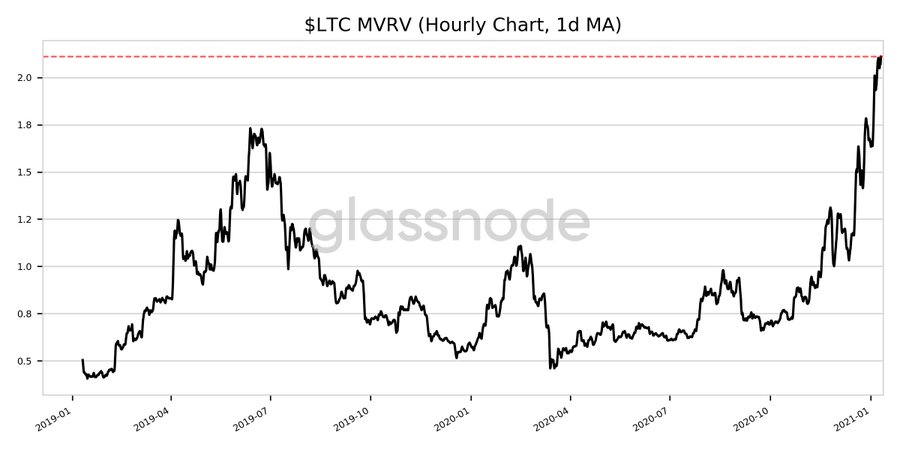 With a 2.11 rating, the MVRV remains atop of the current market but its general indication suggested that LTC is currently an overvalued asset. An overvalued asset during a bullish rally is speculative that the current price may not be sustainable in the long-run and the metric needs a correction alongside the price.

Now fundamentals aside, it is important to understand that certain coins continue to pump regardless of bearish fundamentals. Bitcoin SV is one prime example, but for Litecoin, gaining investor’s confidence remains ideal.

Litecoin’s historical bullish behavior during a rally is well-documented from 2017 and currently, it remained 50% away from its all-time high valuation. Hence, the asset might continue to climb up the ladder due to the possible sentiment of hopeful investors.