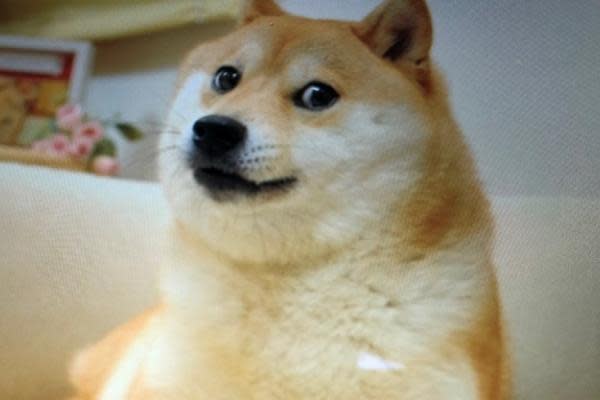 Dogecoin (CRYPTO: DOGE) will not find it easy to reach the $1 mark, even as the joke cryptocurrency attracts a celebrity fan following extending from Tesla Inc (NASDAQ: TSLA) CEO Elon Musk to Snoop Dogg. Experts have their say on the matter:

Reality Bites: Kadan Stadelmann, chief technology officer at Komodo, a blockchain solutions provider said on the topic of DOGE reaching $1, “we aren’t currently seeing this even with increased adoption by Mark Cuban and other NBA owners,” Cointelegraph reported.

“For it to genuinely be considered ‘future money,’ the narrative of DOGE as a meme coin will have to erode.”

It worth noting that Komodo recently launched a decentralized exchange dubbed DogeDEX for users to trade in the cryptocurrency without intermediaries such as brokers.

Math Doesn’t Add Up: Stadelmann brought up the amount of DOGE minted each day, which is 10,000 per minute or 14.4 million per day or 5.2 billion per year. The yearly uptick represents just over 4% of the total circulating supply of 128.701 billion DOGE. The joke cryptocurrency needs $806,000 of new fiat plus existing inflow to maintain its value of nearly $0.056 at press time.

DOGE Is Fun And Games: Joel Edgerton, chief operation officer of bitFlyer, a cryptocurrency exchange told Cointelegraph that DOGE is more for fun rather than solving real-life problems and its value remains unproven.

“Any asset can reach a certain price target if people are willing to pay for it. However, that type of momentum investing, without underlying value, is pure speculation,” said Edgerton.

Some Contending Thoughts: Musk said last month that DOGE actually has an advantage over Bitcoin (CRYPTO: BTC) as even though the Shiba Inu-themed cryptocurrency seems inflationary it is “not meaningfully so (fixed # of coins per unit time).” Pointing to BTC, Musk said it was “deflationary to a fault.” BTC traded 3.75% higher at $55,946.09 at press time.

Cuban, whose Mavericks basketball team has started accepting DOGE as payment for tickets and merchandise thinks DOGE has an educational role to play as it can teach people the economics of supply and demand.

The “Shark Tank” investor said this week if enough Mavericks merchandise is purchased by fans, the currency could hit the mark.

KuCoin CEO Johnny Lyu said that DOGE could be used to transact in hotels, restaurants, or cinemas in the future, according to Cointelegraph.

“Compared to Bitcoin, DOGE is more suitable to be futures money for higher supply, lower price, and faster transactions. It’s tailored for daily payment, and its community culture can easily resonate with the general public.”

Photo by Dogeloverforever on Wikimedia