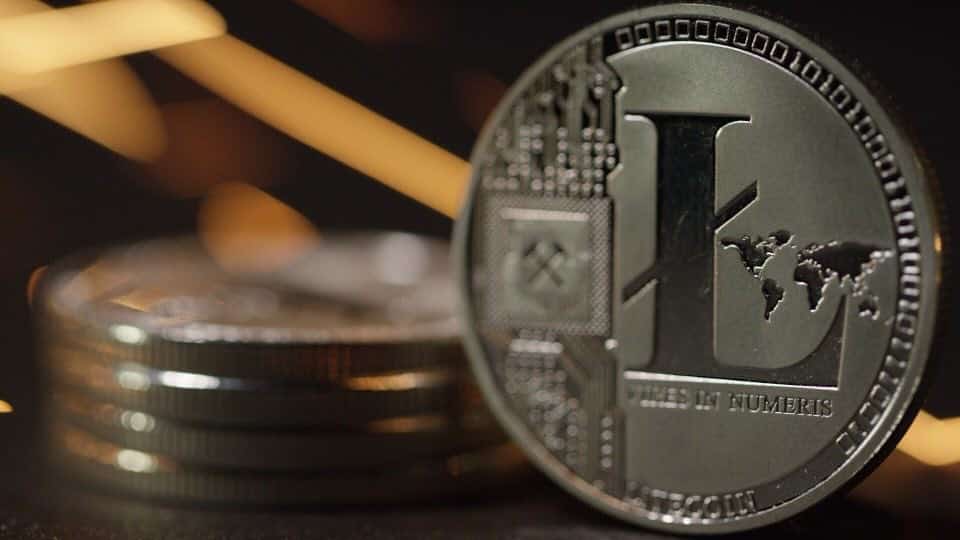 What is Litecoin? – Cryptocurrency News

Litecoin (LTC) is a cryptocurrency that was designed to provide fast, secure and low-cost peer-to-peer transactions. Launched in late 2011 by Charlie Lee (a former Google engineer), Litecoin was one of the earliest altcoins (alternative currencies) in the crypto world. It basically got its inspiration from Bitcoin, the world’s first-ever cryptocurrency, and was even touted by its founder as the ‘lite version of Bitcoin’. Lee also added that the cryptocurrency will become the ‘Silver to bitcoin’s Gold’.  Litecoin sought to leverage the qualities of blockchain to create a decentralized cryptocurrency as well as to improve on some of the technological limitations that developers at the time saw in Bitcoin.

Launched about two years after Bitcoin, Litecoin carried so much promise and was a strong competitor to the foremost cryptocurrency in the early days. The case was made for its transaction speed and low cost, but LTC would fail to keep up with the popularity and adoption of Bitcoin, and has since fallen behind other robust cryptocurrencies. Litecoin is still a respected and popular altcoin but now trails behind a dozen other cryptocurrencies. As of June 2021, Litecoin is the 14th largest cryptocurrency by market capitalization, with Bitcoin still maintaining its commanding authority at 1st place.

How Does Litecoin Work?

Litecoin is a blockchain-based cryptocurrency that is purely decentralized, just like Bitcoin. This means that its blockchain (public ledger) is maintained by mining. Mining is the process of confirming and verifying transactions on the blockchain. When Litecoin launched, the founders designed its mining algorithm in such a manner that miners could use general CPU computers. The idea was to allow anyone to mine, and as well not to compete with Bitcoin miners. Nonetheless, while normal CPU computers could mine Litecoin, more powerful or specialized mining rigs performed the activity better and they gradually took over the mining activity.

How Can One Mine Litecoin?

There are three main ways you can mine Litecoin. The first method is mining the cryptocurrency at home. This way, you will need to first open a Litecoin wallet, and then purchase a GPU or ASIC hardware. With a GPU unit, you will be required to install a free mining software from trusted online sources; whereas with an ASIC machine, the software will most likely be built-in. You will then proceed to run the software by following the set instructions. It is important to store your earned Litecoin coins in a private wallet.

The second method is joining a mining pool. Mining pools basically are groups of miners that ‘pool’ together or harness resources and their computational power so as to mine faster, better and more efficiently. The resulting rewards are then shared proportionately. You should perform due research and join the appropriate mining pool depending on factors such as minimum payouts, fees, rewards or even support.

The third method is by using a cloud mining service. Cloud mining involves leasing or renting cloud computing power from a third party to mine Litecoin. The major advantage of this method is that you will not incur any energy costs and will not be responsible for maintaining the mining equipment. You will also not require any technical expertise to conduct the mining activity. However, you will need to perform due diligence so as to choose the best cloud mining service to ensure profitability and not fall for a scam.

The Unique Relationship between Litecoin and Bitcoin

As mentioned, Litecoin was more or less intended to be an upgrade to Bitcoin. Thus, the two cryptocurrencies share numerous technical qualities with just a few aspects differentiating them. They are both pure decentralized cryptocurrencies that do not require a third party for transactions to be completed. They both utilize the Proof of Work (PoW) mechanism to achieve consensus and promoting integrity on their respective blockchain networks.

Additionally, both Litecoin and Bitcoin are stored and transacted in a similar manner. Just like Bitcoin, you will require either a digital or hardware wallet to safely store your Litecoin coins; and you will also require both your public and private keys to transact using your coins. Their prices also show the same inherent characteristic of volatility and being impacted by similar fundamental factors such as regulation, adoption or even listing at major exchanges.

But there are also some key differences. Both LTC and BTC have a supply cap, but while there will only ever be 21 million BTC in circulation, the supply cap for Litecoin is 84 million (4x that of BTC). Transaction speed is also another differentiation factor. With Bitcoin, it can take up to 10 minutes for a transaction to be confirmed. But with Litecoin, the average is about 2.5 minutes. This means that Litecoin is at least four times faster than Bitcoin. The other differentiating factor is the algorithm used to maintain their respective blockchain networks. Bitcoin utilizes a complex algorithm protocol known as SHA-256, whereas Litecoin makes use of a new and relatively neat algorithm protocol known as Scrypt. The complexity of SHA-256 has ensured that Bitcoin mining is out of reach of the masses because of the high-end Application-Specific Integrated Circuits (ASICs) hardware required to effectively perform the process. In contrast, Scrypt can be mined by ASICs as well as the more common GPU and CPU computers.

How to Buy Litecoin?

Litecoin is one of the most popular cryptocurrencies, making it easily available for purchase. The coin is listed on practically every major crypto exchange. On the exchanges, Litecoin can be bought using various payment methods such as debit/credit cards, bank transfer, and even popular eWallets such as PayPal.

Litecoin can also be bought via Litecoin ATMs. These ATMs operate just like traditional bank ATMs, but instead of being linked to a bank, they are linked to a crypto wallet or exchange. Most Litecoin ATMs will accept cash or major debit/credit cards in exchange for LTC coins. On the official Litecoin site, there is an ATM locator that can help investors to identify Litecoin ATMs near their locations.

Another popular way of buying Litecoin is via peer-to-peer crypto trading sites. On these sites, Litecoin is exchanged between buyers and sellers directly using convenient local payment methods. Simply sign up at any peer-to-peer trading site, select your preferred seller, send payment and receive your LTC coins.

How is Litecoin Stored?

Like Bitcoin, Litecoin is stored in crypto wallets. A wallet will allow you to send and receive LTC coins, as well as view your transactions and your overall holdings. Litecoin can be stored in digital wallets, special hardware wallets or online crypto-wallets.

You will just need your public keys to receive LTC coins, but you will require your private keys to access, transact or send the coins. It is very important to secure your wallet using a strong password and also create a backup and store it in a secure place.

Where Can I Spend Litecoin?

Litecoin is one of the most widely accepted cryptocurrencies. As of 2021, over 2600 merchants from all around the world accept Litecoin as a legitimate means of exchange. The official Litecoin site has a directory of all the major merchants that accept LTC as a mode of payment. You can always browse through the directory to access merchants from around your location that exchange their goods and services for Litecoin.

How to Trade and Invest in Litecoin?

Litecoin is one of the most popular altcoins in the cryptocurrency space. With the price of Bitcoin having skyrocketed and made it expensive to own just 1 coin, crypto investors had turned their attention to altcoins that can be scooped up for relatively cheaper prices. As one of the oldest and well-established coins, Litecoin is on the watch list of most crypto investors. The question therefore is: should you trade or invest in Litecoin?

There is a difference between trading and investing in Litecoin: when you invest in the coin, you actually buy and own the coin with the belief that it has quality fundamentals that will, in the long run, drive its value upwards; in contrast, when you trade Litecoin, you simply speculate on its price changes in the short term to make a profit from buying and selling. Thus, a Litecoin investor will earn profits if the value of the coin keeps on rising, but will incur losses if the coin loses value. On the other hand, a Litecoin trader will earn profits if he makes the correct prediction on the price direction of the coin within a certain period of time. The decision to be an investor or a trade will depend on your personality as well as risk profile and investing ambitions.

A Litecoin investor will typically buy the coins from an exchange and store them securely. The investor will then hope that the coin experiences positive fundamentals such as positive regulation, adoption by users and merchants as well as listing on top crypto exchanges. An overall positive sentiment on cryptocurrencies as well as technological innovations will also contribute to increasing the value of the coin. In the ideal scenario, a Litecoin investor will hold his coins for the long term and will not be worried about short term price volatility.

On the other hand, a Litecoin trader can buy and sell the coins via exchanges or peer-to-peer trading sites. The idea would just be buying low and selling high so as to pocket the difference. There are also Litecoin CFDs which offer another lucrative way of trading the coin. With CFDs, traders do not own the coin, but only speculate on its price changes. If you make the correct prediction, you earn profits; if your prediction is wrong, you incur a loss. In addition to making money in both rising and falling markets, CFDs can be even more lucrative because you can trade using leverage. Just bear in mind that leverage is a double-edged sword because losses can be amplified as well.

Pros and Cons of Litecoin

Litecoin was founded with the sole ambition of upgrading upon Bitcoin’s technology and eventually dethroning the foremost cryptocurrency. This has not happened for Litecoin, which has slipped to become the 14th largest cryptocurrency by market capitalization, despite spending many of its early years in the top 5. Herein lies the problem with Litecoin, it will always be viewed under the lens of Bitcoin, yet it has been overtaken by other new and powerful crypto projects.

Litecoin is an old coin in the cryptocurrency scene, and this is both a blessing and a curse. The advantage is that it enjoys name recognition and is listed in numerous crypto exchanges. At the very least, its price will always be watched closely by crypto participants. But a major disadvantage is that it lacks the appeal of new cryptocurrencies that boast lucrative and more promising projects. There is the real threat of its popularity sliding further down.

The cryptocurrency has also faced turbulent times in its journey. Its founder infamously sold all his holdings, and this punctured the confidence the community had in the coin. The Litecoin Foundation also canceled the Litepay project, which was touted as an important milestone in establishing a merchant payment solution. These negative fundamentals have dampened the enthusiasm surrounding Litcoin. Despite that setback, the Litecoin project has also integrated other practical innovations such as the Lightning Network, SegWit and Mimblewimble that continue to enhance the coin’s security and speed.

Technically, the price of Litecoin continues to take its cue from Bitcoin. This is a problem for LTC that has been around for ‘ages’, and particularly so for one that should have replaced Bitcoin. Technical optimists consider the fair value of LTC to be around a quarter of BTC, which is a long way out from current price levels. Nonetheless, Litecoin remains a solid altcoin that can yet discover its spark and realize its true potential.