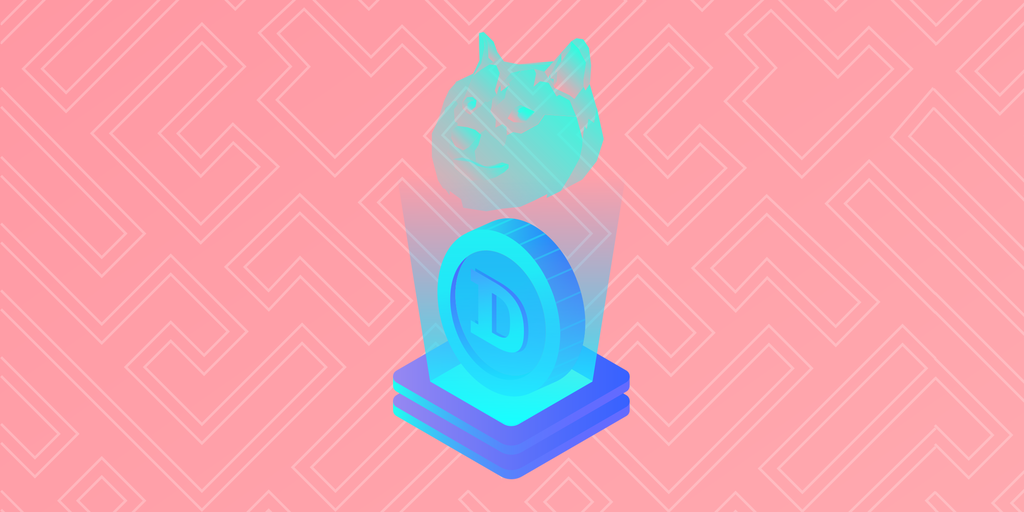 What happens when a joke gets taken seriously? In 2013, Dogecoin (DOGE) was created as a way to poke fun at the crypto industry; now it’s one of the world’s biggest cryptocurrencies. How did it get to this point?

Dogecoin is a cryptocurrency that takes its name from the “doge” Internet meme. It started as a way to mock the industry, but quickly built up a lively community of enthusiasts.

It has come a long way since 2013, briefly hitting a market cap of $9 billion during its early 2021 price surge.

Jackson Palmer, an Adobe employee, couldn’t believe the huge number of altcoins that were popping up in 2013. As a joke, he sent out a tweet saying he was investing in Dogecoin—a fake coin based on a popular meme featuring a Shiba Inu dog.

Even though he tweeted in jest, several people thought he was on to something. They said the industry really needed a light-hearted token that could counter the more controversial coins on offer. So Palmer teamed up with Billy Markus, a programmer, to make Dogecoin a reality.

“It was always like a hobby project, like a side project thing,” Palmer told Decrypt in 2018. But a community quickly formed around the cryptocurrency, and took it much further than Palmer had anticipated.

What’s so special about it?

How does Dogecoin work?

The upside of Dogecoin’s never-ending supply of tokens is that the price stays relatively stable. The downside is that the price usually remains very low. Most people get into the crypto world as an investment. They hope that if they hang onto certain tokens long enough, they can sell for a profit.

Not so with Dogecoin. Since the token supply is high and the price is low, it’s not attractive to investors looking to hold onto their currency. The result is a highly liquid, free-flowing peer-to-peer digital currency.

What can you do with Dogecoin?

A key use of Dogecoin is as an online tipping system. If you like what someone posted in the Dogecoin Reddit community, throw them some Dogecoin. It’s part of what gives the community its friendly reputation.

You can also trade it for other cryptocurrencies on several exchanges, which has made the currency an unlikely medium by which people hop from one exchange to another.

How to Buy Dogecoin

Dogecoin is available to purchase from cryptocurrency exchanges including Binance, Binance.US, Kraken, Bittrex and Poloniex; note that some major exchanges such as Coinbase don’t list Dogecoin (although, oddly, you can store it in the Coinbase Wallet mobile app).

Buying Dogecoin from an exchange is a very straightforward affair. In this example, we bought Dogecoin from Binance.US using a bank account at the minimum order amount of US $20.

Under the exchange rate at the time, that $20—less a small fee of $0.10—netted us 2,430 Dogecoin, which was deposited into our exchange wallet once completed. The Dogecoin can then be transferred to another wallet, if you please.

How to Mine Dogecoin

Like a lot of cryptocurrencies, Dogecoin can be mined (see more on mining, here). It was built using the proof-of-work hashing algorithm Scrypt (based on Litecoin), so it takes a lot less computing power than Bitcoin mining.

Mining Dogecoin is considered to be much, much easier than something like Bitcoin, given the immense amount of competition for the latter.

On the other hand, considering the vast price differential between the coins, the reward is also much smaller for Dogecoin. In fact, as of this writing, the cryptocurrency mining profitability calculator at CoinWarz suggests that mining Dogecoin is potentially unprofitable, given the rewards versus electricity costs.

Still, if you want to get started, this primer from CoinCentral provides a helpful overview of the technical needs and potential rewards. You can use a Windows, Mac, or Linux PC to get started, and there are different mining applications available for varying setups.

You might want to consider signing up for a mining pool rather than mining solo. As part of a mining pool, you will combine your resources with those of other users. The rewards are smaller, but potentially steadier compared to mining on your own.

For something that started out as a joke, Dogecoin has established a legitimate reputation. The community’s philanthropic endeavors quickly caught the attention of the media; Dogecoin fans sponsored NASCAR driver Josh Wise in 2014, funded the Jamaican bobsled team at the 2014 Winter Olympics, and later raised thousands for a Kenyan water charity.

Co-founder Jackson Palmer isn’t a fan of how seriously people take Dogecoin; he left in 2015, after scammers fleeced the fun-loving members of the Dogecoin community. At the time, he said too many people were jumping in with a ‘get rich quick’ mentality, missing the token’s purpose.

When Dogecoin briefly hit a $2 billion market cap in January 2018, Palmer remained critical. He stated, “I think it says a lot about the state of the cryptocurrency space in general that a currency with a dog on it which hasn’t released a software update in over 2 years has a $1B+ market cap.”

Dogecoin picked up steam once again in 2020; partly thanks to the emergence of a new social media platform that traffics in memes. In July 2020, a viral TikTok challenge encouraged users of the app to invest in the cryptocurrency, briefly causing the price to soar—to the point where the official Dogecoin account had to weigh in, cautioning people to “Stay safe. Be smart.”

At the same time, Dogecoin found a celebrity fan in Elon Musk (now the richest person in the world), who began tweeting about the cryptocurrency—though he later clarified that he was talking in jest. After one tweet in December 2020, the price of Dogecoin shot up by 17%, from $0.0039 to $0.0046.

Early 2021 saw memes rock the financial world, as Reddit traders from the WallStreetBets community sent the price of GameStop stock soaring—dealing a blow to hedge funds who’d shorted the stock.

After trading app Robinhood blocked users from purchasing GameStop and other stocks, cryptocurrency advocates seized on the opportunity to promote the principle of decentralization to retail investors.

But what does all this have to do with Dogecoin?

Taking a leaf out of WallStreetBets traders’ book, the crypto-focused subreddit SatoshiStreetBets launched a campaign to pump Dogecoin, causing the price to surge to a peak of $0.07.

The price boom was seemingly buoyed by Musk—who tweeted out Doge memes during the price rally—while celebrities leaped aboard the bandwagon. At one point, crypto exchange Binance found itself unable to generate new Dogecoin deposit addresses fast enough to keep up with demand.

Dogecoin differs from GameStop stock in one crucial respect, however; WallStreetBets traders were attempting to drive a “short squeeze” by forcing hedge funds to buy a diminishing number of shares. Dogecoin has an unlimited supply—meaning that there’s no such shorting dynamic involved.

Perhaps inevitably, then, the price of Dogecoin tumbled from its peak—while co-founder Billy Markus found himself the victim of abuse from disgruntled investors, despite his having left the project years earlier.

guys, i sold all my doge in 2015 after getting laid off and freaking out about money. in total i made about enough to buy a used honda civic.

i left the project over 7 years ago due to harassment from the community, and now i’m being harassed again. please consider this.

The coin’s price has remained volatile through February 2021, with a series of tweets by Elon Musk seemingly driving a rally that briefly saw Dogecoin’s price hit $0.05.

While Dogecoin’s recent price fluctuations may have left some investors in the red, others have spotted an opportunity in its newfound volatility. In February 2021, Hong Kong-based crypto exchange BitMEX launched Dogecoin perpetual contracts, enabling traders to bet on the future price of the cryptocurrency.

Whether Dogecoin is here to stay—or whether it’s destined to flame out as it did after its 2018 peak—is open to debate. But, as the Dogecoin community says, in the end one thing is immutable: 1 DOGE = 1 DOGE.

Throughout its lifespan, the Dogecoin community has remained active and loyal. With the ease of acquiring Dogecoin, the low trading cost, and the relatively stable price, it could very well stick around long into the future. Wow.