They Aren’t Laughing at My Bold Cryptocurrency Prediction Anymore

I don’t know how closely you’ve followed bitcoin in recent months, but I’ve been all over it.

I’ve told anyone who will listen about it. I own it myself. And I’ve thoroughly enjoyed watching my cryptocurrency account balance go up … and up … and up.

One look at bitcoin’s price action over the last year tells you all you need to know. 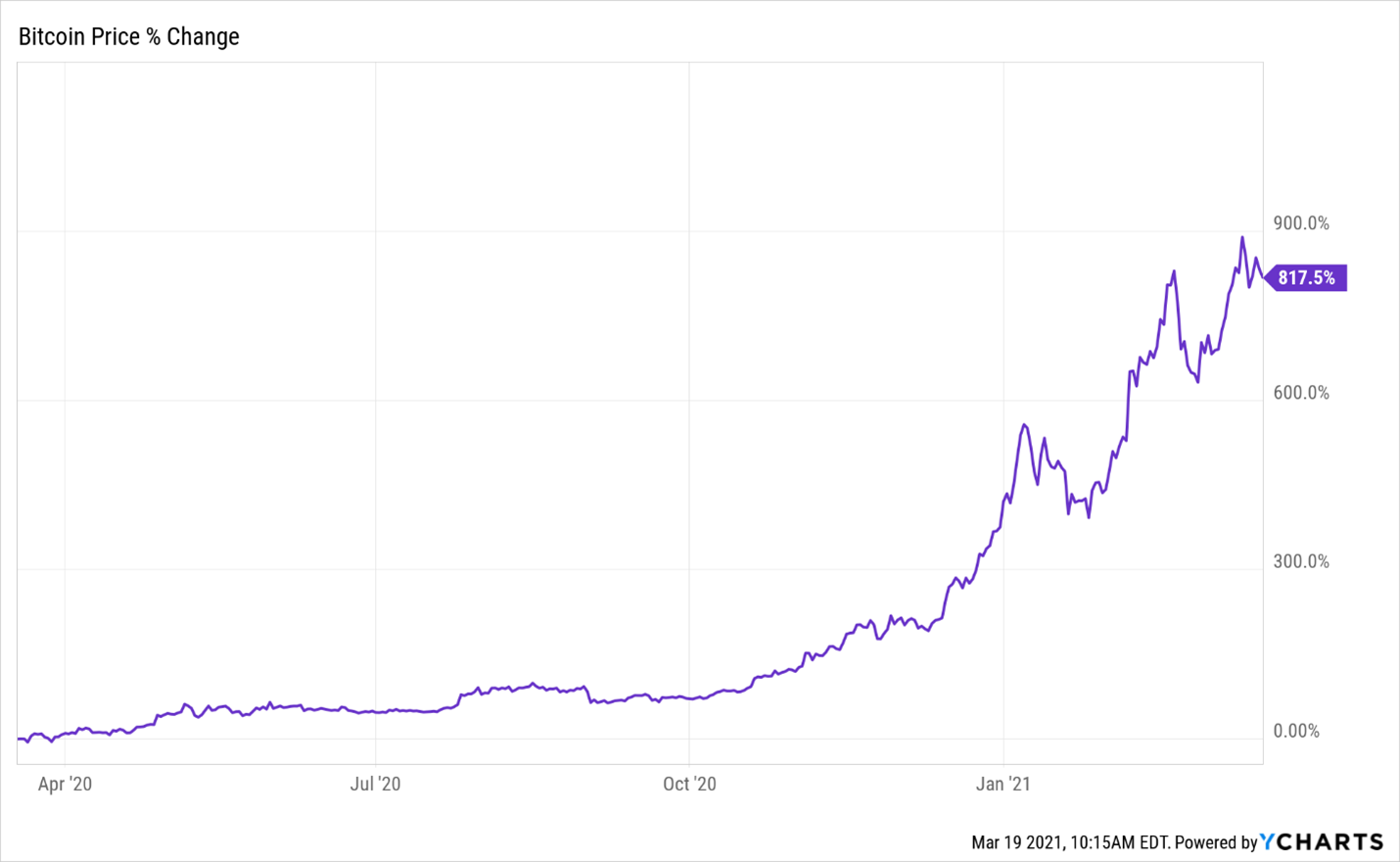 You can’t really top that, which brings me to the other reason I’ve been all over bitcoin’s spectacular run. It’s the old “I told you so.”

I first discussed bitcoin nearly seven years ago, and I did it on television. Everyone else on the show thought I was crazy.

And now? Not only is bitcoin up about 9,500% since that day, but there are also more reasons than ever to own cryptocurrencies …

The date was July 1, 2014, and I remember it well. It was the first I discussed bitcoin’s explosive potential, and it was on Fox Business.

I look a little younger then, but what the heck. Here’s the video if you want to see it … 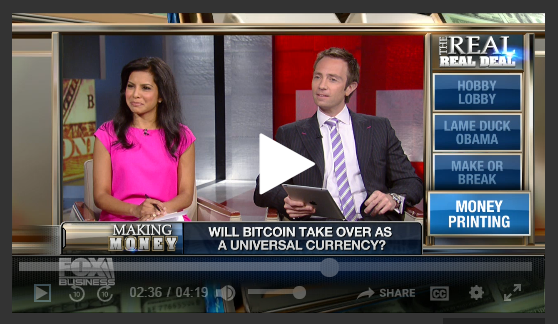 I noted that “bitcoin is there for the taking … I’ve become a believer.”

The fact that it could become a global currency for the digital age and act as a store of value — like digital gold — were the main reasons I saw big potential.

Those points are still true. But now, there are even more compelling reasons to own cryptocurrencies. The big money is flowing in from corporations and financial institutions. They are going mainstream. There are even bitcoin rewards credit cards.

And after the whole GameStop (NYSE:GME) debacle in January, cryptos are also part of a financial revolution taking place. It’s a fascinating story, and one I will talk much more about in a special presentation called The Main Street Revolution Event next Wednesday, March 24, at 4 p.m. ET. (It’s free to attend … just click here to register now.)

The key is the blockchain technology that cryptocurrencies are built on. It’s really the software of the 21st century. And even though the technology itself is complicated, the ongoing allure and massive potential in bitcoin and altcoins (smaller cryptocurrencies with even bigger potential) are really quite simple.

Blockchain is like a digital form of money that governments cannot control or debase … one we can transfer without a middleman, like a big bank, stepping in to take a cut or change the rules.

For those who don’t place much trust in government or big banks, bitcoin is a great idea.

Anyone who listened to me back in 2014 — when the price was still a mere $620 per coin — would have seen the value of their investment soar more than 9,000% to unthinkable highs.

Of course, there were sceptics back then trying to shoot down bitcoin’s massive potential. There still are today.

Back in late 2014, after I made my prediction on Fox, Niall Ferguson, author of a book about the history of currency called “The Ascent of Money,” ignored his teenage son’s advice to buy bitcoin.

At the time, he later said that he believed there was no “… use for a form of currency based on blockchain technology.” Ferguson now considers that the worst investment decision he’s ever made.

The same year I made my prediction, American economist Nouriel Roubini called bitcoin a “Ponzi scheme” and a “conduit for criminal/illegal activities.”

In 2017, Jamie Dimon, CEO of JPMorgan Chase (NYSE:JPM), famously called bitcoin a “fraud.” Then he reversed course. JPMorgan now has its own cryptocurrency called JPM Coin.

And I think things are about to get even bigger and better … which is exactly what I plan to talk about in The Main Street Revolution Event.

Notice in just that short list how the two altcoins outperformed bitcoin. That’s true of other altcoins as well, and their potential moving forward is bigger than bitcoin’s.

I love bitcoin, but the real opportunity is in altcoins. They’re not really currencies per se, but computer programs. As we’ll talk more about tomorrow, they are cutting-edge technologies that are beginning to disrupt major sectors of our financial system.