Bitcoin price stands nowhere near the year-to-date returns of altcoins like Chiliz, Verasity and Kelver. Despite surging 2,260%, 2,880%, and 877%, respectively, these cryptocurrencies indicate a continuation of the parabolic runs soon.

Chiliz price could rally again if these critical levels hold

Chiliz price is consolidating in a descending triangle pattern, which is a bearish technical formation. This setup forecasts a 47% drop if two demand barriers give in.

To invalidate the bearish scenario, the Chiliz price needs to close above $0.58.

Verasity price surged nearly 340% in four days starting from March 12, forming a flag pole. Soon after hitting a local top at $0.02, the altcoin entered a consolidation that created the flag. During this phase, the VRA price formed a series of lower highs and lower lows, invoking a descending parallel channel.

This setup is a continuation pattern and forecasts a 77% upswing, which is the flag pole’s height added to the breakout point at $0.019. This target puts VRA at $0.034. 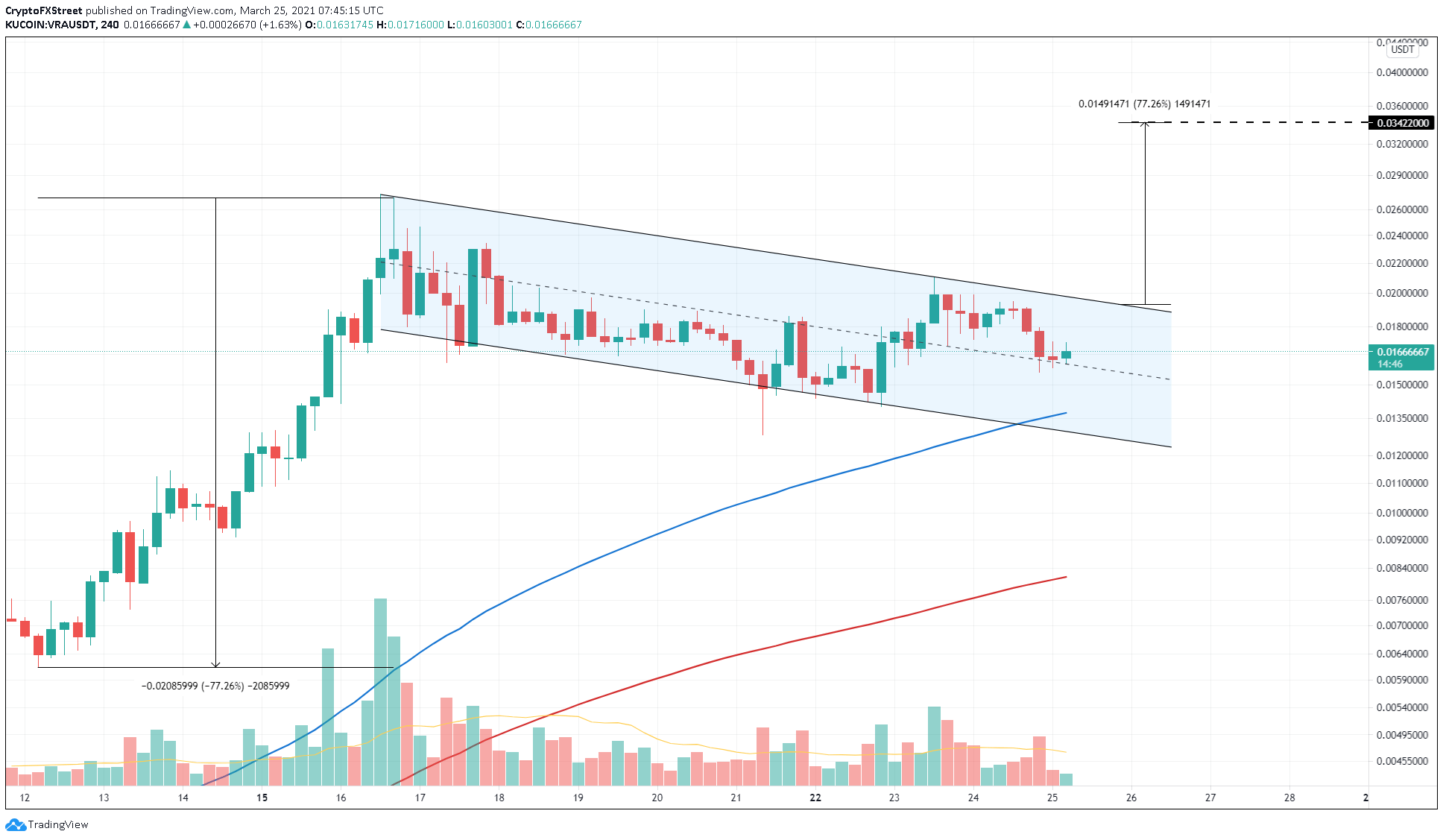 In the case of a spike in selling pressure that leads to a decisive close below $0.01, the bullish outlook will be invalidated, kick-starting a descent for the Verasity price. If this comes to pass, VRA could drop 35% to 0.008.

The Kelver price also revealed the formation of a continuation pattern known as a bullish pennant. KLV surged 620% between March 5 and March 11, forming a flag pole. Subsequently, the cryptocurrency consolidated into a pennant, where it created a series of lower highs and higher lows.

This technical formation forecasts an 86% upswing, which is the flag pole’s height added to the breakout point at $0.13. This target places KLV at $0.25. 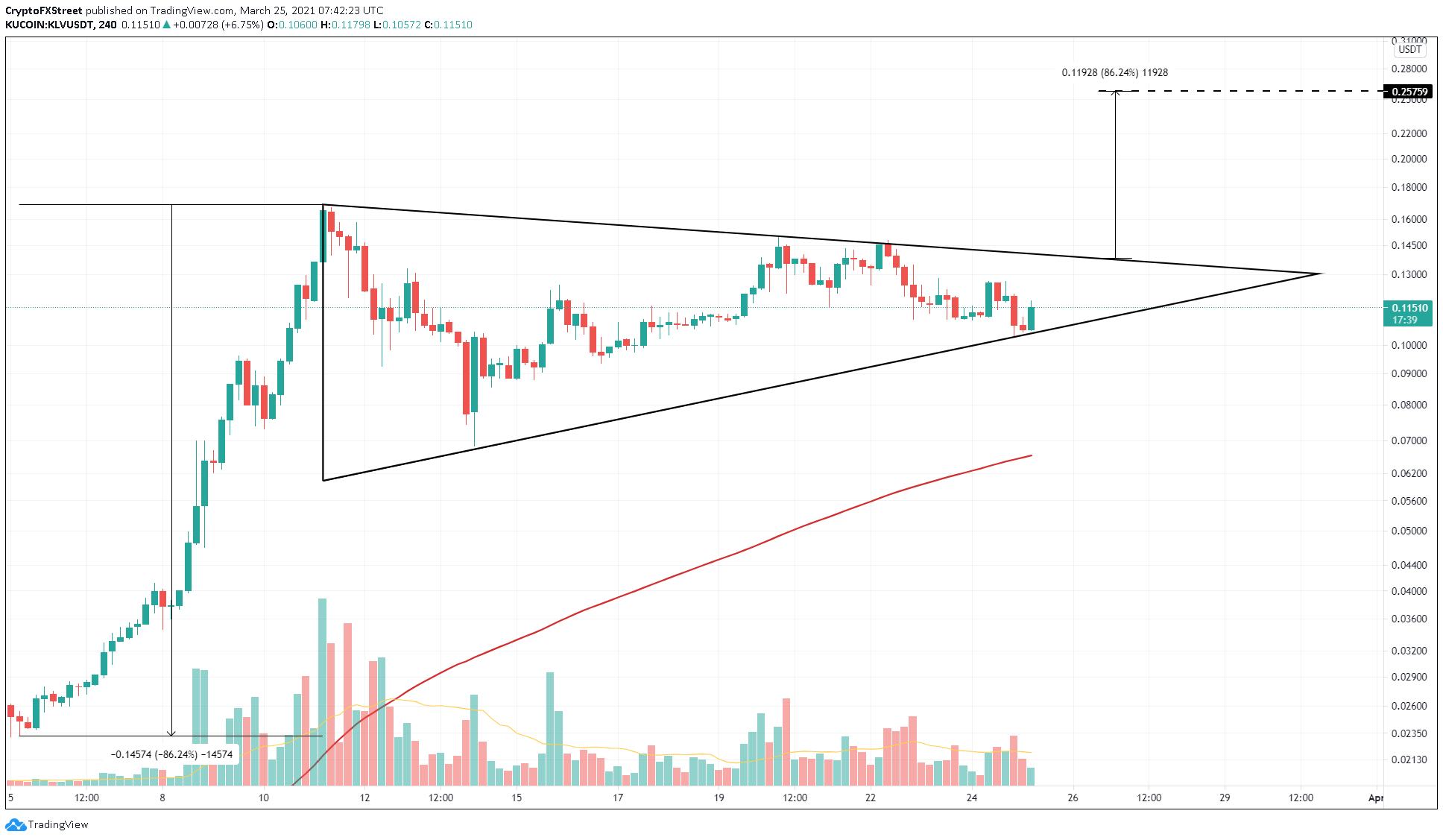 If the Kelver price slides below the pennant’s lower trend line at $0.10, it will jeopardize the upward trajectory. Here, a spike in bearish pressure could trigger a 37% sell-off to $0.06, which coincides with the 200 four-hour Simple Moving Average (SMA).