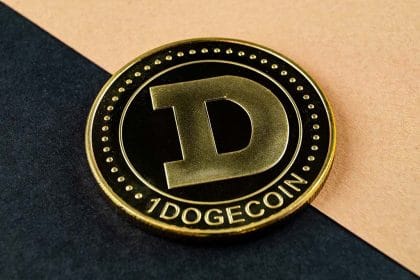 In response to a tweet, Tesla CEO Elon Musk revealed that he supports the listing of Dogecoin on Coinbase.

Elon Musk, the CEO of the electric vehicle (EV) company Tesla Inc (NASDAQ: TSLA), recently talked about Coinbase allowing Dogecoin on its platform. Musk expressed his desire for the meme-based crypto to be allowed on Coinbase in response to a tweet.

Musk is a known supporter of dogecoin and has constantly been posting tweets supporting the digital asset. Musk’s supporting tweets on dogecoin are one of the factors accelerating the adoption of the cryptocurrency.

On the 13th of March, Musk tweeted “Yes” with an exclamation mark, replying to a Twitter user who asked:

Hi Elon, I saw a report that Coinbase was used for the Tesla BTC purchase (nice entry btw)

Do you think Coinbase should enable Dogecoin on their platform? It would enable many folks to easily access DOGE

Over time, Coinbase has been When Tesla invested $1.5 billion in Bitcoin. The Block revealed that the transaction occurred on the Coinbase platform. Reliable sources added that Coinbase conducted the purchase on Tesla’s behalf in the first week of February.

Doge’s increasing adoption over the past weeks is evident in the basketball team Dallas Mavericks announcing plans to accept the crypto as payment for tickets and merchandise. The Dallas Mavericks support for DOGE is part of an agreement with BitPay, which aims to begin payment options with the cryptocurrency for both merchants and consumers.

“The Mavericks have decided to accept dogecoin as payment for Mavs tickets and merchandise for one very important, earth shattering reason, because we can! Because we can, we have chosen to do so.”

Also, ATM provider CoinFlip said on the 2nd of March that customers can now buy DOGE with cash on its 1,800 machine network.

In addition, leading sports brand Wooter Apparel declared its support for dogecoin as an alternative form of online payment.

Since Dogecoin became known from a popular meme in 2013, several companies and merchants have accepted the coin. Some of the companies that support DOGE are CovCare, Travala.com, Stake Box, AiryTea, and more.

Ibukun is a crypto/finance writer interested in passing relevant information, using non-complex words to reach all kinds of audience. Apart from writing, she likes to see movies, cook, and explore restaurants in the city of Lagos, where she resides.