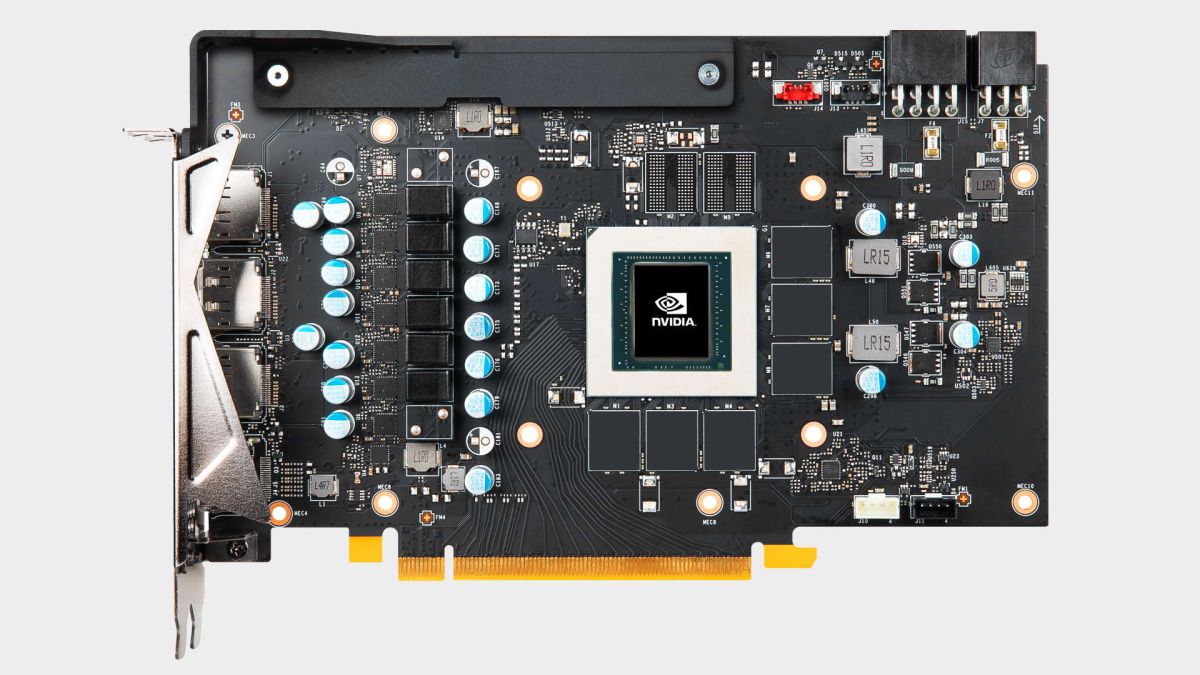 Update: The original source of the RTX 3060 cryptocurrency mining image—supposedly evidence of a modified GPU driver—has just now confirmed that actually the algorithm shown in the picture is not Ethereum mining, but another algorithm, called Octopus, for the Conflux alt-coin.

After collating performance information and consulting with everyone, I confirm this’s an Octopus amateur mining. So the image is absolutely correct, but I misinterpreted the meaning of the image because it was cropped too much. Anyway, do not expect many RTX 30 series for gamers https://t.co/zRetqwRYGLMarch 10, 2021

The only cryptocurrency that Nvidia blocks with its RTX 3060 hash rate limiter is the Ethereum algorithm, and so other alt-coins are still fair game for the green team’s mainstream GeForce card.

That suggests maybe the limiter hasn’t actually been circumvented by a modified driver after all. At least that image itself is certainly not proof of it.

We all knew it was going to happen, but I was at least hopeful the crack wouldn’t come around quite so quickly. If this turns out to be true—the only sources so far are an image that’s been tweeted around and a Vietnamese Facebook group—and is as easy as simply installing this modified driver, then there are going to be a whole lot of RTX 3060 cards going into mining rigs.

That’s because the 45 MH/s rate of the RTX 3060’s GA106 GPU is actually pretty close to the performance you can get out of the GA104 silicon in the GeForce RTX 3060 Ti and GeForce RTX 3070 cards, but with a significantly lower power draw.

The image going around Twitter (via Overclockers) shows a system running eight RTX 3060 cards, all operating at just over 45 MH/s for a combined 363 MH/s total. It is, however, entirely possible that image could have been faked simply by taking a screenshot the picosecond before the card’s Ethereum hash rate limiter kicked in and halved the mining performance.

WCCFTech has also dug up a Vietnamese Facebook group which claims the “RTX 3060 has mod driver already. 50 MH/s range after releasing the brake. The price will climb to over 20 million VND (around $867).”

Though again, that is far from concrete proof.

Still, I say again, we all knew this was likely to happen. As soon as any artificial block was introduced, that doesn’t exist at the hardware level, there was always going to be a huge rush to find workarounds.

The release of the Nvidia CMP cards was never going to be the thing which pulled miners away from gamers’ GeForce GPUs. Without outputs any second-hand retail value of dedicated mining cards vanishes, making standard graphics cards far more desirable for cryptocurrency mining while the market remains volatile and with the potential for crashing all over again.

But at least Nvidia has tried something to make mainstream GPUs more widely available to gamers, however potentially ineffectual that might have turned out.