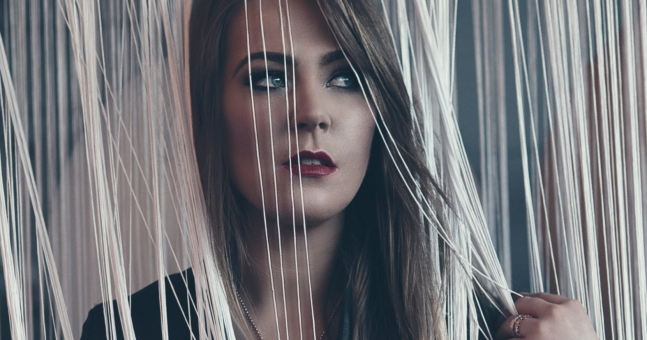 Nella Dwyer from Rochestown is a former Voice of Ireland contestant who began her music career after a chance meeting with composer Russell Brower in Dublin.

The song was curated as a hopeful reminder to take a calming moment for ourselves in tough circumstances. ‘Just Breathe’ has already sailed up the iTunes charts to No. 4, on account of NELLA’s steady listenership. The singer-songwriter released folk ballad ‘We’re All in This Together’ featuring Donal Lunny on the zouk last May, having originally penned the song a decade ago.

Having grown up in rural Ireland alongside a supportive family, NELLA found her way to music on her own. She trained at Colaiste Stiofán Naoifa, Ballyfermot College of Further Education and University College Cork, with traditional music still having a major impact on her work.

After launching her solo music career and playing gigs for years around Ireland, NELLA’s ‘Revolution’ EP was released 2015 and quickly hit the No.1 spot on iTunes with pre-order sales. The artist later toured extensively with the Video Games Live series in Europe and China. ‘Cantile of Sacrifice’ allowed Dwyer to become a household name in China, where she performed in major venues.

NELLA’s unique voice and wide-ranging talents have earned her worldwide acclaim, with the singer becoming widely recognised for her lead vocals on World of Warcraft’s Legion – one of the most popular video game series of all time. Her haunting vocals have featured in video game soundtracks, films and alternative music in both solo and collaborative projects. The musician has since turned her focus towards new Irish folk music projects, which she has always had a passion for writing.

Listen to ‘Just Breathe’ below: