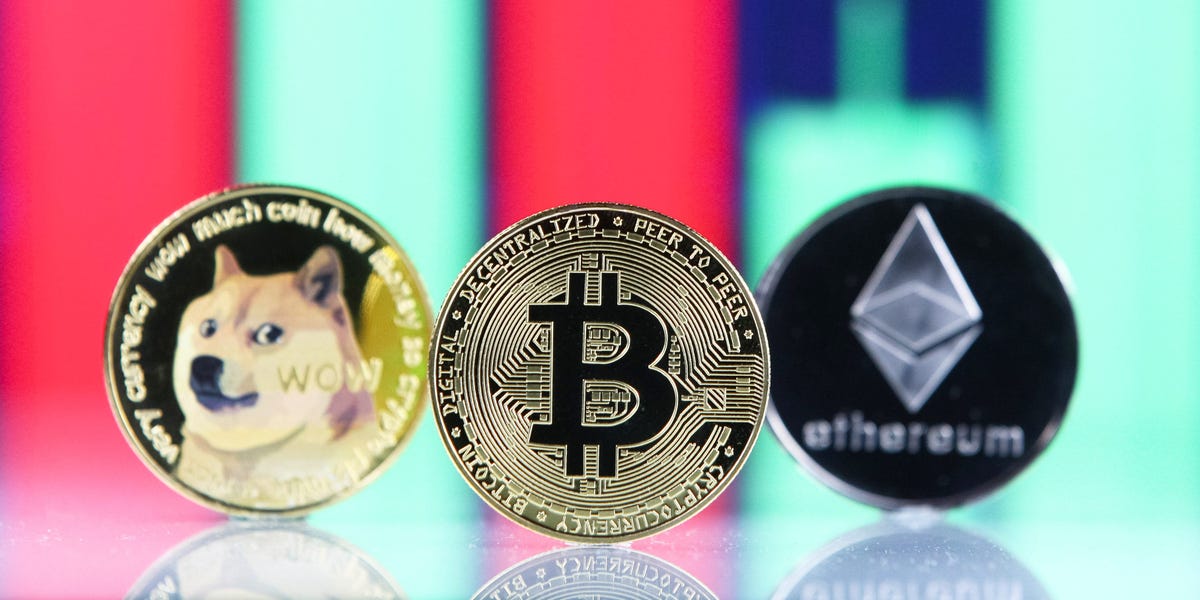 Holdings of meme token dogecoin vaulted above bitcoin and ether among eToro clients in the second quarter, according to data from the brokerage.

After cardano, which held the top spot in both quarters, dogecoin zoomed past the two largest cryptocurrencies by market capitalization to claim second place, according to a June 30 snapshot from eToro.

Bitcoin for the second quarter held the fifth spot, tumbling from second in the first three months of the year.

Consistently in the top five is altcoin tron, which was founded in 2017. Its native cryptocurrency is TRX.

The decision of eToro to add dogecoin trading to its platform only came in May this year, after much contemplation, according to Yoni Assia, CEO of eToro. He told Insider that it did not feel “sensible” to list the shiba inu-themed token at first due to its background.

Dogecoin, which started as a joke in 2013, has seen a blistering rally in 2021 even taking into account recent steep declines, thanks in part to well-known backers such as Elon Musk and Mark Cuban.

The coin was boosted this year by listings on numerous cryptocurrency exchanges, including eToro, Coinbase and Gemini. It was also named “asset of the year” by the billionaire founder of crypto exchange FTX.

Most recently, in an S-1 filing for its upcoming IPO, Robinhood revealed that the trading platform generated nearly $30 million in revenue from customers trading dogecoin in the first quarter of 2021 — a figure expected to have further ballooned in the second quarter when dogecoin’s price spiked more than 1,375%.

The rise of altcoins has been closely documented as bitcoin’s share of the total crypto market drops below 50% for the first time in three years. It stands at 43%, according to data from CoinGecko.

“People are looking at the broader universe of altcoins for alpha relative to the very crowded BTC trade,” Jack McDonald, CEO of fintech firm PolySign, told Insider. “While there’s an obvious correlation between BTC and the rest of the market, altcoins represent an opportunity to diversify one’s exposure.”

Buying and holding altcoins, especially those founded relatively recently, also show a greater trust in the ecosystem, Everett Kohl, founder of Dbilia.com, a company in the NFT space, told Insider.

For some, though, like Eloisa Marchesoni, co-founder and COO of Blockchain Consulting, investing in altcoins comes with more risks.

“Unless you’re taking profits as you go, you risk sitting on a load of dead or stagnant capital hoping they survive crypto winter and regain their price action,” she told Insider. “Historically just a few of them make it from one bull run to the next.”