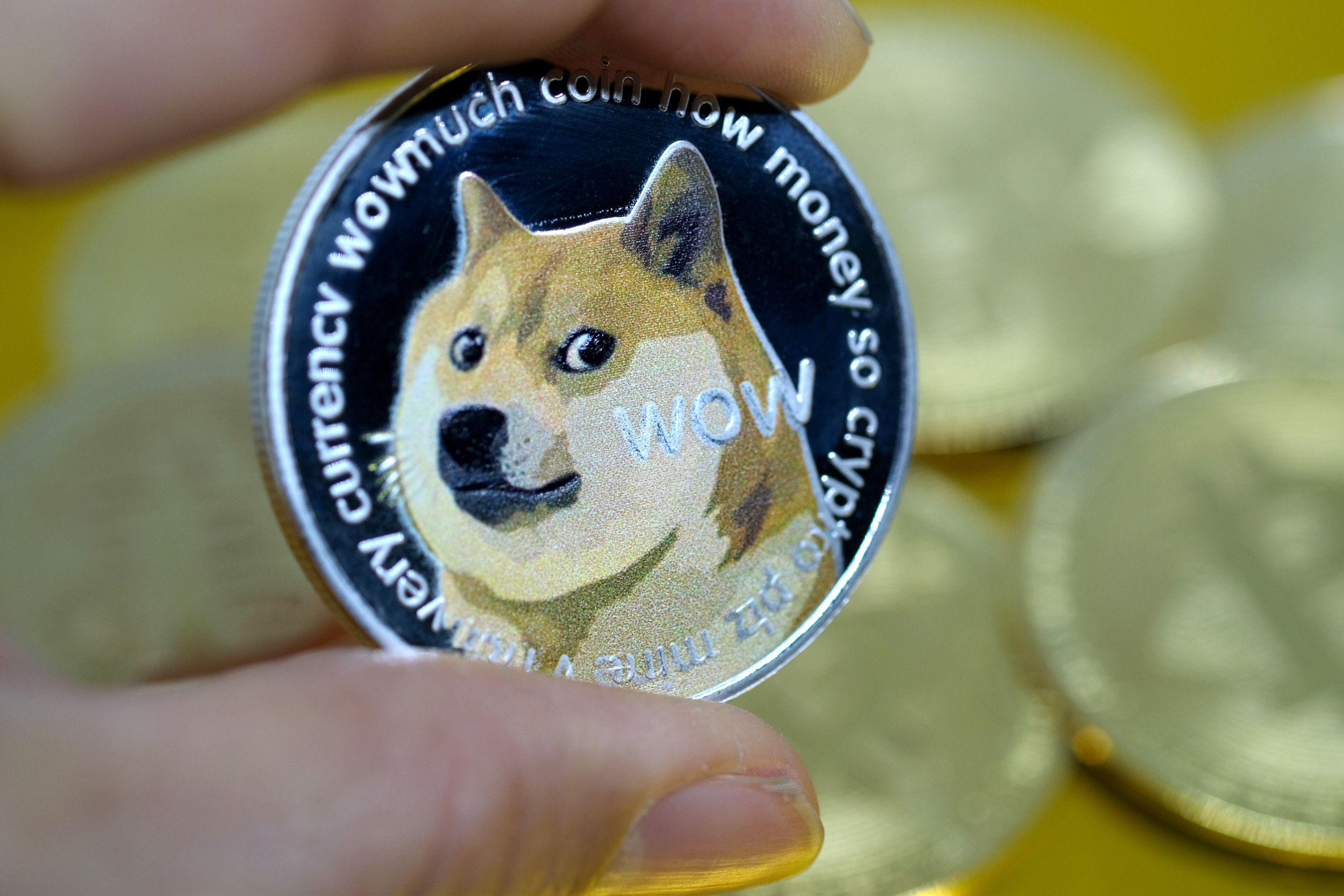 Elon Musk, the world’s richest man with an estimated net worth of $197 billion, is having fun again. And that always sends the market into a tizzy.

This time it’s Dogecoin, a cryptocurrency never intended to be taken seriously— how could it be, with a crypto coin that features a dog’s head?

“Arguably the most entertaining outcome, the most ironic outcome, would be that Dogecoin becomes the currency of Earth of the future,” Musk said earlier this month on Clubhouse, an audio-only app.

A visual representation of the digital cryptocurrency Dogecoin is shown on January 29, 2021 in the Netherlands. Elon Musk has once again tweeted about Dogecoin.
Yuriko Nakao/Getty Images

Dogecoin, cooked up by software developer Billy Markus as a joke in 2013, is nevertheless on the move, gaining more than 50% this month.

Dogecoin gets its name from the Shiba Inu dog from the “Doge” meme, and the dog’s head is featured on just about everything, including the cryptocurrency’s symbolic coin.

Dogecoin is difficult to convert to cash or use in a commercial transaction. But then parody was never intended to have any currency outside comedy. Musk also included a photo of “Dogue” magazine, an apparent play on fashion leader “Vogue” in his comments about Dogecoin’s price.

At today’s rates, that means it would take some 553,397 Dogecoins to buy one Bitcoin.

The number of Bitcoins is capped at 21 million, but there is no limit on the number of Dogecoins that can be produced.

This bird beak mask from Etsy is the ultimate White Elephant gift for 2020.
Etsy

Bitcoin soared to a record high after Tesla, Musk’s electric car company, said it had invested $1.5 billion in the cryptocurrency and would accept the world’s leading coin as payment for its products.

Who needs value investing when the market has Musk hurling down tweets from the mountaintop that goose something as delightfully silly as Dogecoin?

But the world awaits news from on high: Will Dogecoin crack 50 cents or, heaven forfend, $1?

Much like Levi Strauss got rich by making durable work clothes during the California gold rush, transaction fees may be a sure-fire way to generate a steady income in what some see as cryptocurrency mania.

A visual representation of the digital Cryptocurrency, Bitcoin and a smart phone showing the Blockfolio app is seen on the screen on September 04, 2018 in Hong Kong, Hong Kong.
Yu Chun Christopher Wong/S3studio/Getty Images

It doesn’t matter if Bitcoin, Ethereum, the second most popular cryptocurrency, Dogecoin or any of the others rise or fall because fees are generated by each buy or sell transaction.

Based on a 30-day average, the fee per transaction was $0.6 last year while the typical fee had increased to $12.46 this year, the company said. Unsurprisingly, the sharp increase in transaction fees tracks Bitcoin’s recent increase in value.

“The surge in the asset’s value resulted in most people buying Bitcoin in a bid not to miss out on the rally,” the company said in a statement. “When prices surge, more potential investors show interest in buying Bitcoin since the fear of missing out (FOMO) usually sets in.”