DOGE’s 50% lift-off delayed due to lack of volatility

Dogecoin price has been traversing the descending triangle formation for more than 20 days—however, the recent swing high lead to a bullish breakout. Now DOGE eyes a 50% upswing to $0.076.

Dogecoin price in search of volatility

Dogecoin price has been consolidating, forming a series of lower highs that have bounced off a horizontal demand barrier at $0.043. Connecting these swing highs and flat support using trendlines results in a descending triangle pattern.

The technical formation forecasts a 50% upswing determined by measuring the distance between the pivot high and the horizontal support line and adding it to the breakout point at $0.050.

However, unlike in early January and February, Dogecoin price seems to be dead in the water, despite its recent breakout from consolidation.

At the time of writing, Dogecoin price is getting squeezed by the Bollinger Bands. The reduction of distance between the upper and lower band indicates a period of low volatility, which explains DOGE’s lackluster performance.

So long as Dogecoin price trades within the no-trade zone that extends from $0.046 to $0.052, significant swings can’t be expected. However, a 4-hour candlestick close above the range confirms an upswing and the resurgence of volatility.

In such a case, DOGE could surge towards its intended target at $0.076. 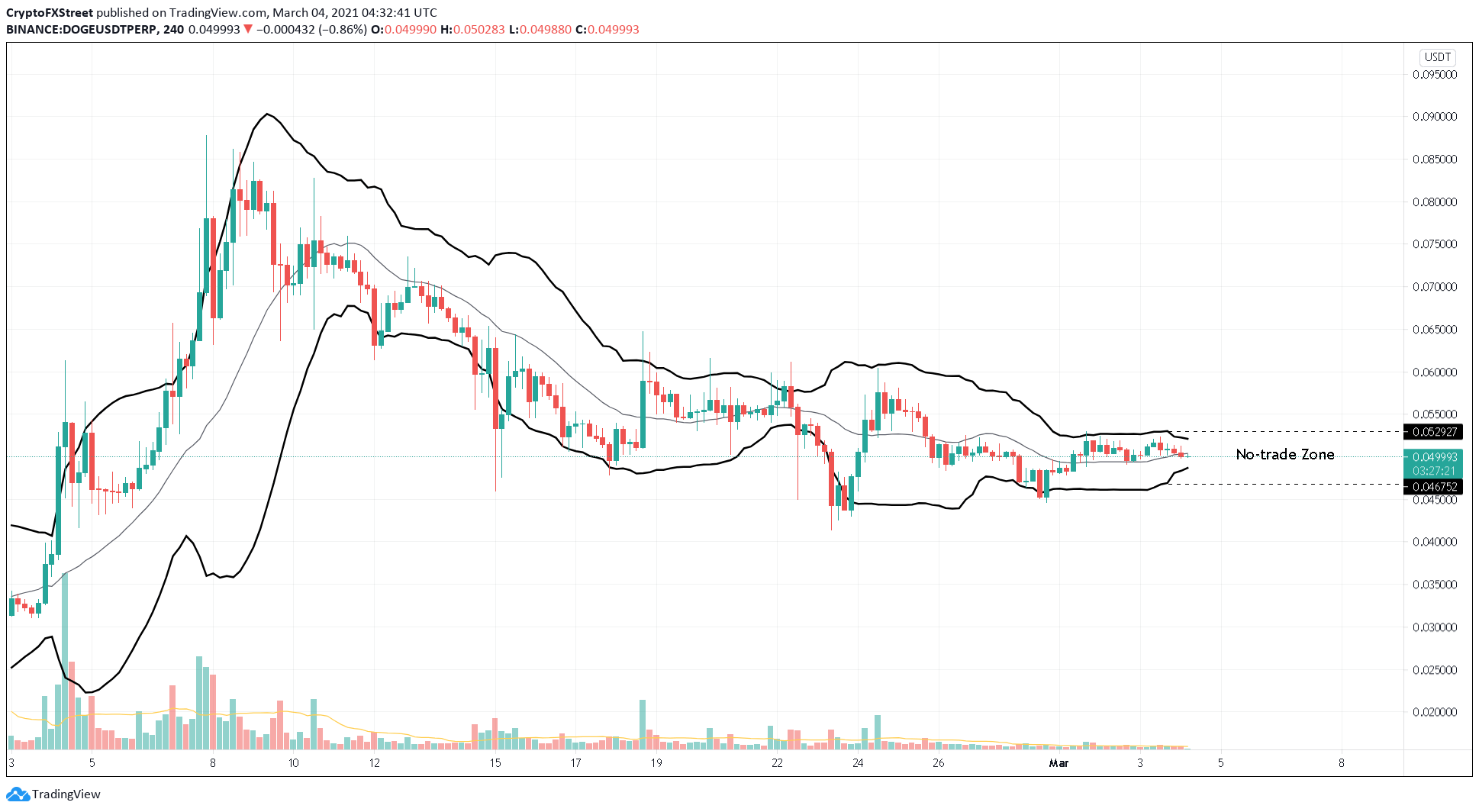 On the flip side, if Dogecoin price slices through the lower range of the no-trade zone at $0.046, then a 12% downswing to $0.043 is possible. A spike in selling pressure here could invalidate the bullish thesis and lead to a steep 50% correction to $0.021.