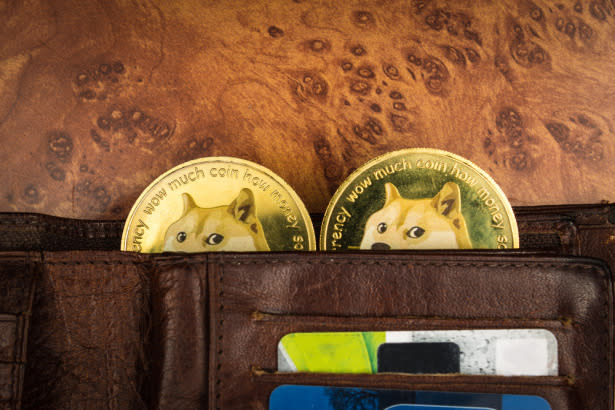 Dogecoin Succumbs to Selling Pressure as Altcoins Feel the Heat

All of the top-10 cryptocurrencies are trading in the red today, including Dogecoin, which has not been able to withstand the pressure in the broader market. Dogecoin isn’t off to a great start in July, having shaved 15% from its value so far this month, including a 9% decline in the last 24 hours.

Altcoins Under Pressure, but Maybe Not for Long

Dogecoin appears to have been swept up in the broader crypto market downturn, as altcoins, in general, are getting hit. The consensus on social media channels is that Dogecoin is just following bitcoin lower in sympathy.

Some investors are blaming the emergence of Dogecoin spin-offs for the selling pressure, saying the rise of other dog-related coins looking to ride on the coattails of the original Doge, in addition to “a few confusing Elon [Musk], tweets,” is dividing the market.

One popular trader, Michaël van de Poppe from the Amsterdam Stock Exchange, is fully expecting altcoins to break out higher, even outshining their larger peer bitcoin, “in the coming period.”

One meme coin that has not lost its charm in the downturn is Baby Doge Coin, which has managed to advanced about 7% while its peers face selling pressure. Baby Doge investors are gearing up for this weekend when their favorite cryptocurrency will make its way to Atlanta, Ga. for its Nascar debut.

Stock car team Brandonbilt Motorsports has partnered with Baby Doge Coin. As a result, Nascar Xfinity Series driver Brandon Brown will be behind the wheel of a Baby Doge No. 68 Chevrolet Camaro when the race gets underway on July 10 at the Atlanta Motor Speedway.

Brown touted the project’s mission to save dogs, pointing out that the Baby Doge Coin team has given close to USD 100K to the cause. The Nascar driver is a dog owner himself and appreciates Baby Doge’s initiatives. He says,

“The car looks awesome and I can’t wait for everybody to see it on track this weekend.”

Baby Doge Coin claims to be “hyper deflationary,” unlike its parent Dogecoin, whose supply potentially has no limit. Baby Doge was launched a little over a month ago and has caught on like wildfire. Since that time, it is not uncommon to see Baby Doge trending on Twitter, not least thanks to the attention billionaire Elon Musk has given the project on social media.