Dogecoin price shows resilience even as a market-wide sell-off pushed many altcoins below crucial levels. Despite the bearish nature of the market, DOGE sits inside a bull flag pattern, suggesting a possibility of a 75% surge.

Dogecoin price action from January 30 to-date has resulted in a continuation pattern known as “bull flag.” The 300% surge between January 30 and February 7 resulted in the “flag pole,” while a series of lower highs and lower lows that followed it formed the “flag.”

The technical formation predicts a 75% bull rally determined by measuring the flag pole’s length and adding it to the breakout point at $0.058. This target puts DOGE at $0.1.

For a successful breakout, Dogecoin price needs to move past an immediate resistance level at $0.055, which coincides with the 50% Fibonacci retracement level. But, only a four-hour candlestick close above $0.058 would confirm a bullish breakout.

For instance, the SuperTrend indicator’s sell-signal has rejected DOGE’s bullish spikes thrice in the last five days. And the 50 four-hour moving average (MA) and the 100 four-hour MA have moved above Dogecoin price. These developments might threaten any future short-term buying momentum. 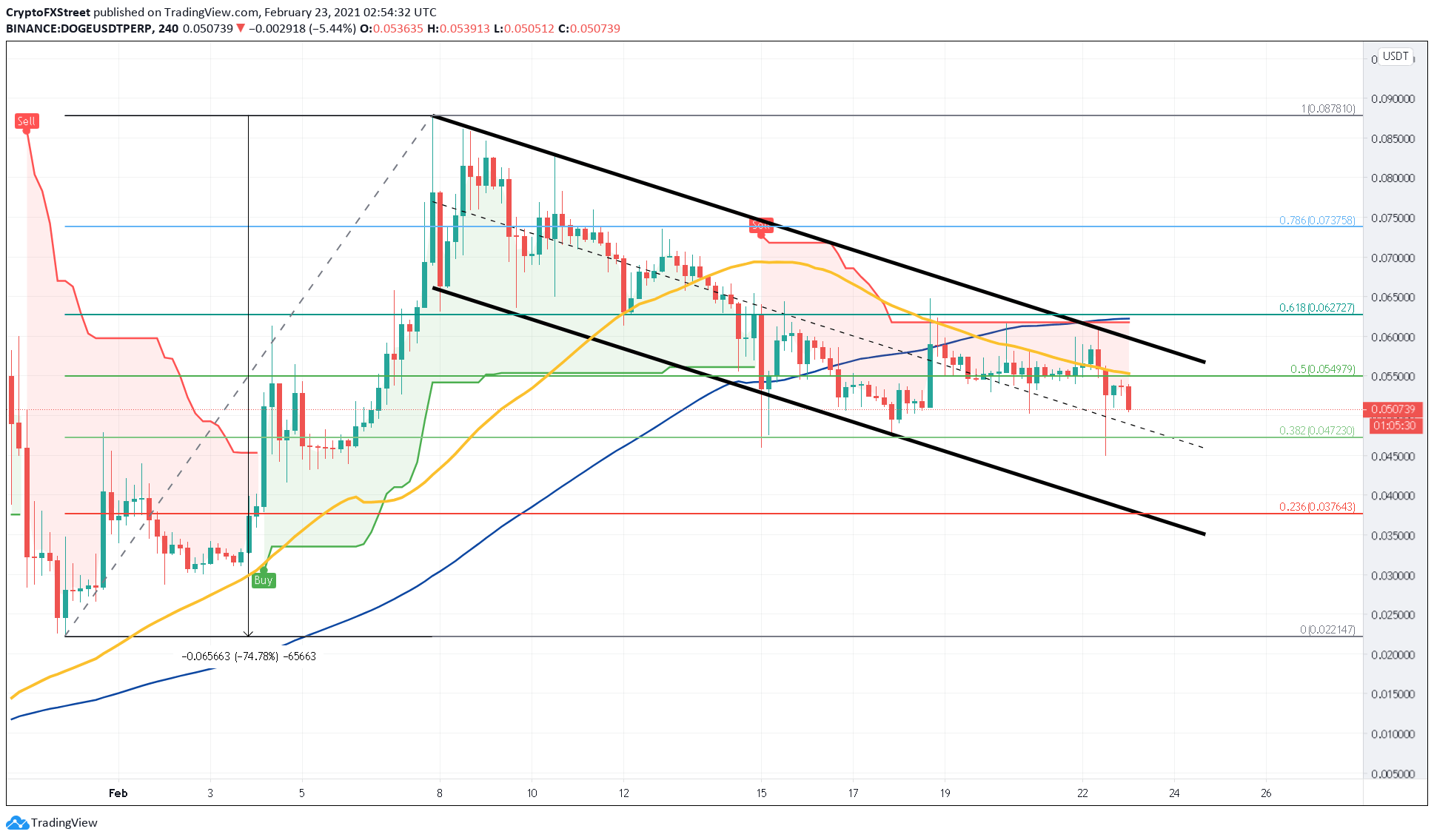 Depending on the market conditions, Dogecoin price might give the bull flag pattern another try from $0.037.