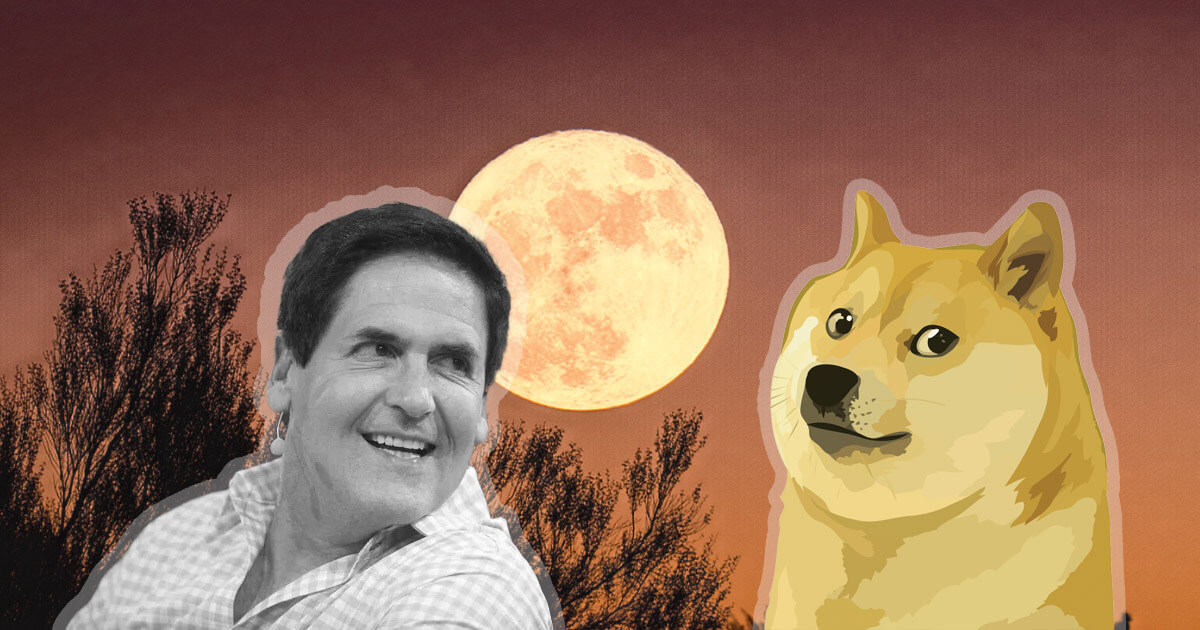 The billionaire has taken a liking to cryptocurrencies and the DeFi space in recent times, and Dogecoin is now getting his attention.

Mark Cuban, the billionaire investor and owner of basketball team Dallas Mavericks, says Dogecoin has the potential to reach over $1 if it were to be used more widely in the Maverick’s ecosystem.

The @dallasmavs have done more than 20,000 #Dogecoin in transactions, making us the LARGEST #DOGECOIN MERCHANT IN THE WORLD ! We thank all of you and can only say that if we sell another 6,556,000,000 #DOGECOIN worth of Mavs merch, #dogecoin will DEFINITELY HIT $1 !!!🚀🚀🚀

The comment came days after the Mavericks started accepting Dogecoin as a means of payment for tickets, season passes, and official merchandise. And although this service was started only last week, Cuban claimed that over 20,000 DOGE transactions were already done.

“The Dallasmavs have done more than 20,000 #Dogecoin in transactions, making us the largest Dogecoin merchant in the world,” he said, adding:

The shill of DOGE

Dogecoin began as a “joke” cryptocurrency in 2013 by co-creator Jackson Palmer as a competitor to Bitcoin that could reach a broader demographic. Its 1-minute block intervals made it much faster than other blockchains at the time, while the use of a Shiba Inu dog as a mascot made it much more accessible and unintimidating to new users.

But the coin has ended up seeing unprecedented success in the past few years. It’s valued at over $6 billion at press time and has caught the attention of mainstream news outlets and billionaires like Cuban and Tesla CEO Elon Musk.

Musk seems to have taken a liking to it in particular. He said earlier this year that DOGE could reach “to the moon” and tweeted out several memes that used Dogecoin’s logo. The Tesla CEO’s focus ended up attracting attention from celebrities and social media stars, and even saw a “TikTok challenge” emerge (this was before Musk’s tweets, however).

Cuban, on the other hand, has not done any of that but has indulged in the decentralized finance (DeFi) sector. He does, however, see the meme currency going to $1, a figure that would value Dogecoin at over $128 billion.