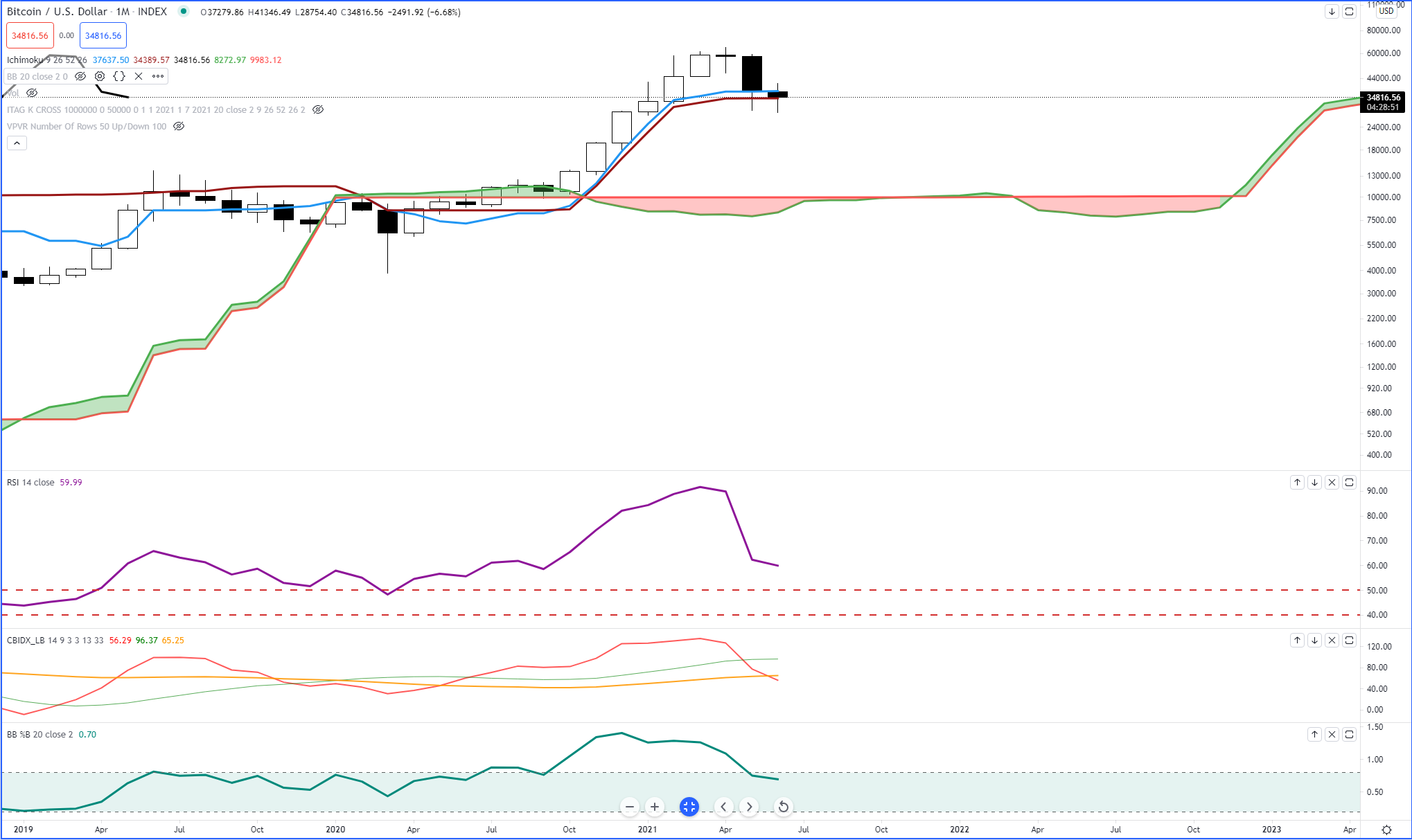 At the time of writing this article (1530 EST), Bitcoin is trading at $34,755. Bitcoin’s monthly candlestick show indecision. If the monthly candlestick closes at the present value area, then that means the body of the June candlestick resides entire between the monthly Tenkan-Sen at $37,637 and the Kijun-Sen at $34, 389. This will also mean that Bitcoin experiences the third consecutive monthly close below its open. The last time Bitcoin experienced a consecutive three month decline was from July 2019 to August 2019. The longest stretch of consecutive losing months was the eight months from August 2018 to January 2019. Will July usher in a fourth consecutive month lower? Possibly. When I look at the RSI, the bullish oversold levels are 50 and 40 – we have yet to see Bitcoin test the level 50 range, so I think that’s highly probable. Next is the condition of the Composite Index – it crossed below its fast average in May and, unless something changes over the next 4.5 hours, it will cross below its slow average, too. That is one heck of a bearish signal. On top of all that, the %B is now below 0.8 indicating at least a ‘leveling off’ or ‘cooling off’ period for Bitcoin. I expect to see the $24,000 – $27,000 range hit before the of August. 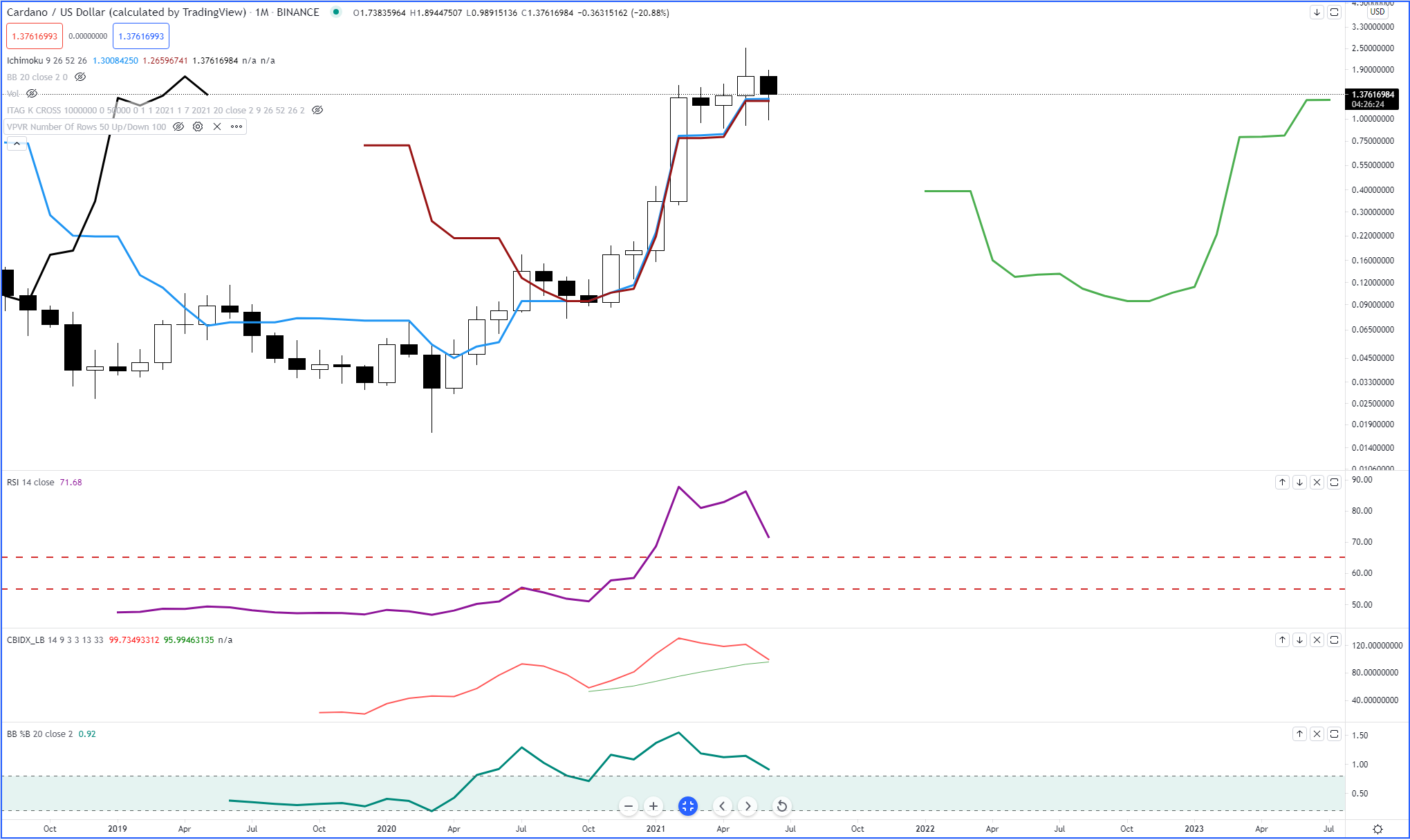 Cardano’s monthly chart reminds me of how young it is as a traded instrument: not enough months have passed to even print Senkou Span B on the monthly chart. Just like Bitcoin, Cardano has yet to test the 50 level on the monthly RSI. But unlike Bitcoin, Cardano’s Composite Index has not crossed below either of its moving averages – but it certainly poised to do so very soon. The slope of the Composite index looks primed to cross below. The monthly %B also looks like its going to drop below the 0.8 level. Within the Ichimoku system, Cardano continues to trade above both the monthly Tenkan-Sen and Kijun-Sen. The body of the June candlestick looks like it will have nearly the same range as May’s monthly candlestick. If an inside bar does form (and it’s likely to), then a July close above the June high is likely to continue and sustain the current monthly drive higher. However, a July close that is below the May low will likely generate a strong corrective move towards the $0.37 value area. The daily chart and the location of the daily Chikou Span will continue to my near term barometer of my bias for Cardano. As long as it remains below the candlesticks and the daily close remains below the Kumo, I maintain a bearish stance in the near term.

Save money on your currency transfers with TorFX, voted International Money Transfer Provider of the Year 2016 – 2020. Their goal is to connect clients with ultra competitive exchange rates and a uniquely dedicated service whether they choose to trade online or over the telephone.
Find out more here.