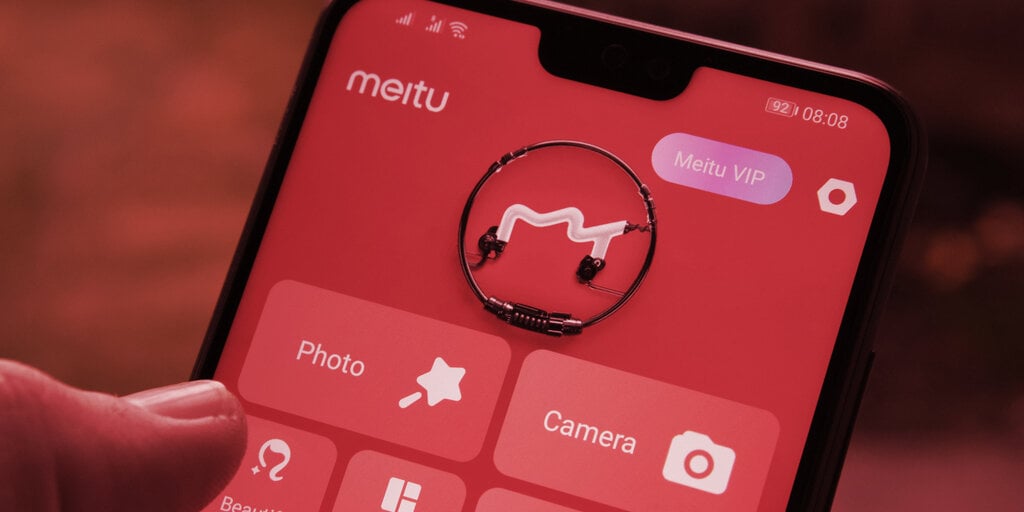 Chinese tech company Meitu today announced that it has bought even more Ethereum and Bitcoin—bringing its total crypto holdings up to around $90 million.

Meitu, which makes smartphones and selfie apps, snapped up $22 million in Ethereum and $17.9 million in Bitcoin earlier this month. Today it bought an additional $28.4 million Ethereum and $21.6 million Bitcoin.

“As at the date of this announcement, the Group has accumulated a net purchase of approximately US$90 million worth of cryptocurrencies,” the company said in a statement.

Meitu is the latest tech company to make a big cryptocurrency purchase as the value of the biggest digital assets continues to rocket. Bitcoin has exploded in price since COVID-19 rocked economies around the world: today it is trading for $57,653—an increase of over 1,000% in one year. Not a bad rebound following the coin’s devastating March 2020 crash.

Its bounce back is largely thanks to big firms snapping up the currency. Cloud software firm MicroStrategy was the first, preaching what its CEO, Michael Saylor, sees as the wonders of “digital gold” amid a still recovering economy and inflationary monetary policies on the part of the US Federal Reserve. The company now holds more than $5 billion in Bitcoin.

The company was soon followed by payments company Square, which put $50 million in the currency in October. Earlier this year, Square then put another $170 million into Bitcoin.

Car company Tesla is the latest giant to invest in the currency. In February, the company completed a $1.5 billion Bitcoin buy, which precipitated the surge in price that Bitcoin enjoys today.

And Fujian-based Meitu is following suit. The company bought the additional 16,000 Ethereum and 386 Bitcoin because it believes the cryptocurrencies “have ample room for appreciation in value.”

The company added that allocating part of its treasury in Bitcoin and Ethereum is useful as an alternative to cash, which is “subject to depreciation,” according to the company, echoing comments from MicroStrategy’s Saylor, who has argued the same.

Meitu also said that blockchain technology, while still young, “has the potential to disrupt both existing financial and technology industries.”

But the company did add that it realizes Bitcoin and Ethereum are prone to price swings.

“Notwithstanding the long-term prospects, cryptocurrency prices in general are still highly volatile and therefore the Board currently decided to invest in the two largest cryptocurrencies by market capitalization, Ether and Bitcoin, which the Board believes should enhance shareholder value in the long-term,” the statement read.

It warned that there is “no assurance as to the timing, quantity, type or price of any cryptocurrencies to be purchased or sold” under the company’s crypto investment plan.”

Meitu, founded in 2008, launched Hong Kong’s biggest initial public offering in years in 2016 when it listed on the stock exchange.

The company says its mission is to “to let everyone become beautiful easily” with its image processing apps.