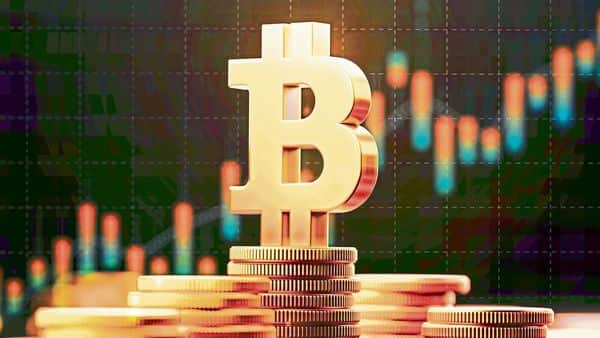 NEW DELHI: Prices of Bitcoin, the world’s oldest cryptocurrency, raced past $57,000 level for the first time in 17 days on Thursday after the US House of Representatives passed a covid-19 stimulus package worth $1.9 trillion.

Global equities also surged today after passage of the stimulus package. With major institutions buying Bitcoin, developments in the financial world such as stock markets rising have started to impact the digital verse in a big way.

According to global cryptocurrency exchange, Kraken, Bitcoin flow was evenly split between buyers and sellers, though flow in both directions was uneventful and indicative of market participants remaining off on the sidelines.

“Since 13 March, 2020, the percentage of BTC’s supply on exchanges has done nothing but tumble lower and lower. Last March, we saw this percentage rise to a historic high of 16.7%, only to then tumble down to today’s three-year low of 13% amid what is currently an epic bull market rally. Given that a rise in on exchange balances is often associated with market participants moving coins onto an exchange to cash out, the dwindling number of coins on exchanges suggests that market sentiment is still incredibly bullish,” Kraken said in a note.

“Furthermore, it tells us that new market participants are continuing to enter the market, load up their bags, and then move their coins off into storage. Until we see a reversal in this trend, the case could certainly be made that demand is likely to far outpaced supply in the days, weeks, and months ahead,” it added.

Other major cryptocurrencies such as Cardano and Ripple traded 3% lower each.