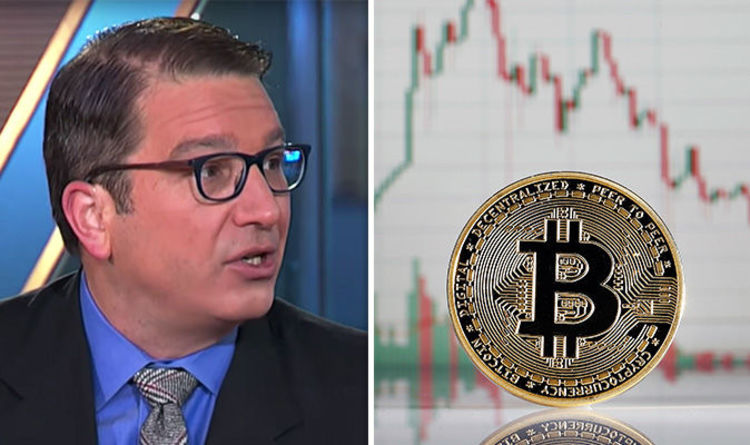 BKCM Funds CEO Brian Kelly said the “big problem” with using bitcoin as a currency is its volatility.

The cryptocurrency expert told CNBC: “This week we had big volume in futures. That’ll hopefully tamp down the volatility a bit. It doesn’t mean it can’t reach those levels.

Mr Kelly added: “If we can get transaction volumes up again, then there’s no reason why this couldn’t be at 20 to 25,000 by the end of the year again – we could make a new high.”

Bitcoin price surged at the start of April, rocketing by 16 percent in just one week and bringing its value above $8,000.

In relation to the surge in value, Mr Kelly said: “This week was huge. You want to look at transaction volumes. It is starting to pick up with trying to make a bottom.

“This week could’ve been just speculative. We have tax selling rolling off. We have some short covering going on.

“So we need the fundamentals, which is just the number of transactions to catch up to this a bit and if we see that then I do think that we bottom here and we’ve got a sustainable bull run ahead of us.”

The digital currency has faced criticism by banks and finance experts, with Banking giant Morgan Stanley likening the current market climate of bitcoin to the dot-com bubble that, during its most “exuberant” period rose by 250 to 280 percent.

Morgan Stanley strategist, Sheena Shah, stated that the similar behaviour between dot-com and Bitcoin could mean history is repeating itself and the cryptocurrency could soon crash.

Bank of England Governor Mark Carney also has been highly critical of the cryptocurrency landscape. He said it is a “privilege” to be part of the financial system and “responsibilities come with those privileges”.

Mr Carney added: “The best of the cryptocurrencies, I would suggest, will gravitate to the best of the exchanges if they were regulated. And others will fall by the wayside.

“In the end, it is not just about market regulation, part of this is about any money laundering, terrorism financing, other elicit activities.”