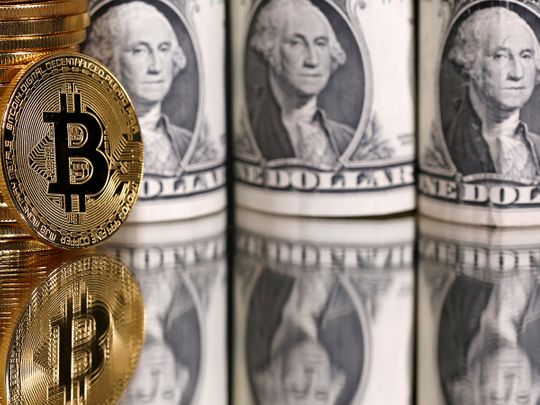 Bitcoin at $55,000+: Should retail investors look elsewhere now that Elon Musk is buying up?

Dubai: Sure, Bitcoin prices have dropped a few thousands from the $61,556.59 peak of mid-March – but has this cryptocurrency stopped being the ordinary investors’ ticket to riches? At well over $50,000 plus for a coin, can only the Elon Musks of this world still have a chance with Bitcoin?

Or should the smaller investor start chasing other cryptocurrencies/altcoins?

“There is no doubt retail investors have problems in jumping onto the Bitcoin bandwagon at this stage,” said Khurram Shroff, Chairman of IBC Group, which recently transferred its headquarters to Toronto from Dubai. “Bitcoin’s success – including Tesla allowing transactions or trading on major stock exchanges – is giving rise to a thriving ecosystem of its own, which I expect to see diversifying more and more with time.

“The Bitcoin bull run is expected to continue – so it is by no means a bad option. However, it’s equally true many other altcoins have great potential as well, and those would be more accessible to many retail investors thinking about getting in.”

Shroff can say it – he had been an investor in Bitcoin since the alt-asset first showed up a good 11 years ago. And he’s been holding on to them, even when Bitcoin’s value rocketed a scarcely believable 1,430 per cent in the 24 months until mid-March’s peak of $61,556.9.

To put these things in some perspective, gold – a favoured asset when economies turn gloomy – is up 6.92 per cent in the last 12 months. And by 39.92 per cent over the last five years.

“The world is just beginning to realize the potential of Bitcoin as an asset – and the entire ‘altcoin’ asset class in general,” said Shroff. “So, it makes sense for me to retain my holdings. Although, of course, one does consider options, from time to time…”

With Bitcoin, clearly, getting in early – and sticking on – has set off a windfall. More so, each time Bitcoin prices tumbled in recent years, questions kept being raised about whether investors were taking one risk too many for their own good.

But for now, it’s time to cheer those investors who stayed true to the promise of cryptoassets. “No matter what the value we give to cryptos in general and Bitcoin in particular, those who invested early – and also those brave enough to jump in as the ‘train had already left the station’ – were on the right side of the market and deserve appreciation,” said Roberto d’Ambrosio, CEO of Axiory Global, a financial consultancy.

If anyone needed to pinpoint the exact reason for Bitcoin’s surge, especially since the second-half of 2020, they should look at institutional buying activity. In the final three months of last year, “institutional players widely outpaced retail in Bitcoin flows,” said d’Ambrosio.

“It is true that institutional activity on Bitcoin – and the announcement of such activity – have contributed to the rise of Bitcoin to its record valuation in . As a matter of fact, one of the weak points always cited regarding Bitcoin and cryptocurrencies in general is that their valuations are mainly linked to retail activity.

“And therefore, it’s value is pure speculation backed up by retail activity, given the concentration of large part of the existing bitcoin in the hands of few big players.”

No one has done more to spread the word on Bitcoins and everything to do with cryptocurrencies than Musk and Tesla (in that order). Tesla revealed a $1.5 billion exposure in the asset, clearly feeding off on Musk’s interest.

“I won’t be surprised if Tesla accepts payments in Elon Musk’s other crypto darlings, such as Dogecoin for example that he promotes frequently on his Twitter feed,” said Ipek Ozkardeskaya, Senior Analyst at Swissquote, in a recent post.

“I would be even less surprised to see Tesla issuing its own cryptocoin, which would be a much more revolutionary move from a company like Tesla, positioned more as a tech company than a car maker, and a ‘Technoking’ like Elon Musk, which has way broader vision than producing electric vehicles only.

“And, it would probably drive the crypto fans crazy and pave Bitcoin’s way to $100K per coin?”

If Bitcoin prices are likely to steer towards $100,000 a coin, then it’s no place for a retail buyer to be getting in. But they can look at possible cryptocurrencies that don’t go by the name Bitcoin.

“Ethereum certainly has a lot of strengths, not the least of which is that it has already gained acceptance among institutional investors,” said Shroff. “It is also pioneering the ‘Proof of Stake’ model, which could prove very influential, in the mid- to long-term.

“The larger the pool invested in an altcoin, the more stable it is likely to be. One option for the more adventurous investor could be to buy into a diverse portfolio of such altcoins, banking on the fact that the ones that rise will more than offset the ones that fail to gain traction.

“As far as Bitcoin doing the heavy lifting for altcoins, I can see the basis for that perspective. But it’s inevitable that the first altcoin to gain real global traction will, at least in the initial stages, be the star performer. With time, as other altcoins and their applications gain a foothold, we’ll see a much more diverse set of choices for investors.”

Ethereum has grown under the Bitcoin hype and priced just under $1,700 for a coin. It’s rated as the second most popular cryptocurrency, and Axiory’s d’Ambrosio can understand why.

“The structure of Ethereum is efficient – and claimed by many as far superior to Bitcoin,” he said. :Its performance has been very much correlated to that of Bitcoin and chances are that such correlation will be maintained.

“Litecoin has also joined the frenzy and is showing very similar price patterns as Bitcoin and Ethereum. This strong correlation seems to add credibility to the view of a predominantly speculative market, in which overconfidence and optimism spreads across the board relegating almost any other fundamental consideration to a secondary role.”

There have been disappointments too. He names Ripple as being one, which was “seen as a compromise that would attract institutional players, especially banks, in favourably considering putting a foot in the cryptocurrency playground, added d’Ambrosio.

“This crypto has shown so far a very erratic and the situation might remain as such as long as volume and liquidity will not increase on this cryptocurrency.”