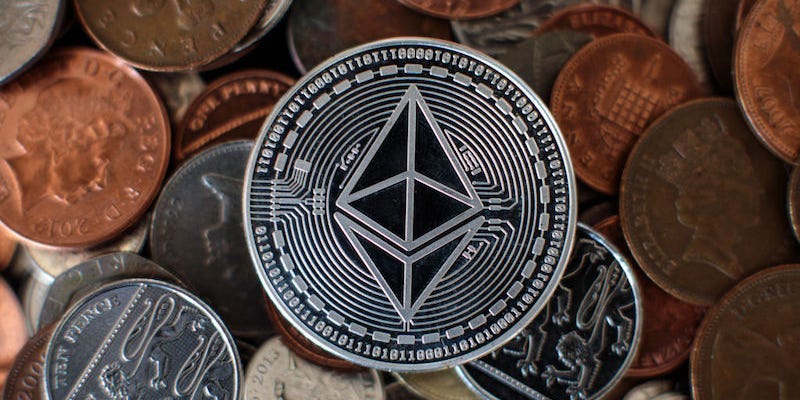 As bitcoin cements itself center stage as the world’s most popular cryptocurrency, flanked by the likes of ethereum and dogecoin, there’s a group of alternative coins rising on the periphery out of mainstream focus: avalanche, cardano, polkadot, cosmos, and the graph.

“Altcoins are good for diversity in your investment portfolio,” she said. “They are different from commodities and stocks. Therefore, they do not correlate with other traditional investment assets.”

Greenberg added that investors can get higher returns with altcoins, and can also earn some passive income through staking, a method where an investor holds or locks her cryptocurrencies to receive rewards. But the most compelling reason for Greenberg to invest in altcoins is the unique blockchain infrastructure that accompanies them, which she says offers immense future upside.

Antoni Trenchev, co-founder and managing partner of Nexo — a financial institution for digital assets — agreed that altcoins are slated for significant rallies this year.

“More and more alt-coins are getting on traders’ radars,” he said. “They are also putting ethereum under pressure as the top [decentralized finance] dog is becoming heavily congested due to the influx of users, developers, [decentralized application], DeFi protocols, and the [non-fungible token] craze.”

“These new currency systems will overcome the scalability and transaction speed limitations of bitcoin and ethereum which currently hinder their usefulness,” Montgomery said. “They will support billions of transactions, sometimes of very small size, enabling global commerce.”

Yet for some, including Mike Venuto, co-portfolio manager of a $1 billion ETF that focuses on blockchain technologies and companies dealing with cryptocurrencies, altcoins are still nascent.

“I think they are interesting ideas, but too early,” he said. “Many of these altcoins have great concepts but the protocols to support them need more adoption before they can succeed.”

Venuto added that even bitcoin is still in the process of establishing its own infrastructure. The same goes with ethereum.

Read more: The investing chief of a crypto hedge fund breaks down why he thinks bitcoin will achieve a $5 trillion market cap by 2023 — and shares 2 emerging areas of the asset class that he’s bullish on

Pankaj Balani, CEO at Delta Exchange, a digital asset derivatives exchange, shares the same skepticism, although is slightly more bullish when it comes to polkadot and cardano.

“We have seen bitcoin gain close to six times on the back of institutional participation,” Balani said. “The trend has however not been the same for altcoins. Though in some cases the absolute returns might be higher most of the coins have started to move only in January.”

Still, the rise of altcoins is drawing some attention for a couple of reasons. Insider gives you a look at five altcoins that are gaining traction:

Avalanche is a new blockchain that can process more transactions than ethereum at a much faster rate but at a lower cost. Greenberg said sees it as “a promising technology that does more for less.” For instance, if ethereum can support 30 transactions per second, avalanche can do the same for 4,300.

Why is it important? Greenberg points to the rise of new services such as decentralized finance or DeFi, and to the existing infrastructure for such projects.

Cardano is also a new blockchain that positions itself as a positive global change, especially with its goal of providing access to financial services in developing countries. Greenberg also said it is more energy-efficient than bitcoin.

Why is it important? For Greenberg, investing in Cardano is for those who believe in its philosophy and approach. Further, the blockchain, she said, regularly updates and “seems to be on track in meeting their projections, which underlines consistency in the blockchain’s overall health.”

Polkadot is a Swiss blockchain born in the midst of a global pandemic. Jeffery Wang, head of Americas at The Amber Group, a cryptocurrency company, referred to it as “one of the most highly anticipated next-gen blockchains” as it enables developers to build their own blockchains and connect them with each other.

Among other reasons, Wang said Polkadot overcomes the scalability issues that are present in Ethereum. Greenberg and Wang noted that Polkadot is meant to complement Ethereum, not compete with it.

Why is it important? It is a new but promising technology that many dApps developers seem to be keen on, Greenberg said. She also added that the ability to communicate with many blockchains is crucial and encourages investing in polkadot if one believes in the future of decentralized applications.

Similar to Polkadot, Cosmos is an ecosystem of blockchain that offers interoperability, allowing an exchange of data between different blockchains. The blockchain of cosmos, however, Wang said, is independent and has its own consensus mechanism and validators to secure itself, unlike polkadot and ethereum.

Why is it important? Wang said investors who put money in cosmos are those that are looking for a solution “to help the entire blockchain sector advance by bringing different projects together,” not necessarily those who are looking to find a “winning blockchain-takes all scenario.”

The Graph, only a few months old, is a decentralized and open-source indexing protocol for blockchain data, Wang explained. It is not as established just yet, but is called the “Google of Blockchains” by its advocates since the platform can be utilized to search for any data through simple queries.

Why is it important? – While it has little to show, for now, Greenberg and Wang believe that there is huge potential with the graph, particularly with how it can be used to index all blockchains and decentralized applications. The graph’s technology, Greenberg added, is already in use by Uniswap, which is a decentralized exchange.