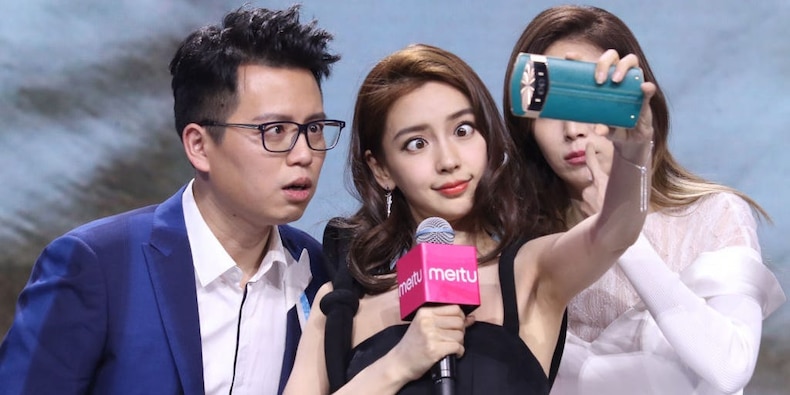 Meitu, a hot Chinese app maker, on Sunday revealed a $40 million cryptocurrency investment in a filing to the Hong Kong Stock Exchange.

The photo-retouching company, which is hugely popular in China, said it bought 15,000 units of ether and 379.12 units of bitcoin at about $22.1 million and $17.9 million, respectively.

Meitu appears to be the first major company to have purchased ether, a digital asset that operates on the Ethereum blockchain. Under a plan approved by its board of directors, the company said it could use cash reserves to make crypto purchases of up to $100 million.

The company said cryptocurrency prices “are still highly volatile,” but added its $40 million bet serves as a means of diversification away from just cash and strengthening long-term shareholder value.

Meitu said it invested in ether as a “logical preparation” to enter the blockchain industry since Ethereum has the largest number of decentralized applications on its network.

“Blockchain technology has the potential to disrupt both existing financial and technology industries, similar to the manner in which mobile internet has disrupted the PC internet and many other offline industries,” the company said in a statement. Meitu therefore plans to evaluate the technology for its future projects.

The company said it added bitcoin to its portfolio after seeing an increasing number of publicly-listed companies adopting the token. A flurry of crypto investment by major Wall Street players saw bitcoin’s price hit an all-time high of $58,354 in late February.