Bitcoin bulls roll-up their sleeves to attack the record top of $49,700 while picking up the bids near $48,190 during the early Tuesday’s trading. In doing so, the cryptocurrency major extends the previous day’s U-turn from a one-week low, around the 10-day SMA, while staying above an upward sloping trend line that connects January’s top and Wednesday’s bottom.

Ethereum is preparing for a bullish breakout while taking the bids near $1,795 amid the initial Tuesday. In doing so, the altcoin rises for the first time in the last four days while attacking the latest lower-high formation on the daily (D1) chart.

Stellar climbed above the 26-EMA on the 12-hour chart on January 28 and hasn’t lost the support level since then. In the past 24 hours, the entire cryptocurrency market suffered a massive sell-off, but XLM bulls managed to hold the 26-EMA once again, with a significant 27% rebound. 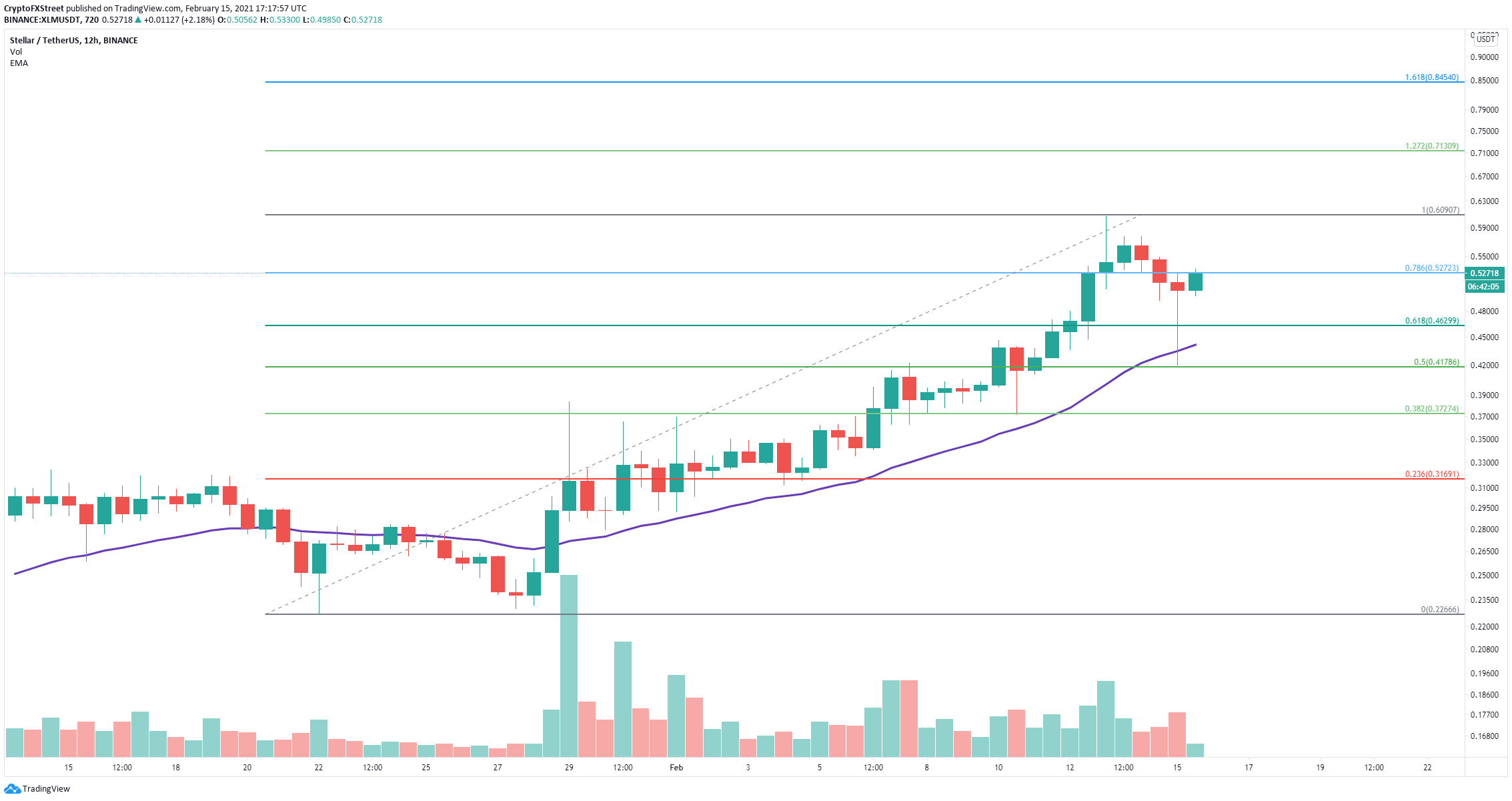