Bitcoin bulls are unstoppable around $45,000, following its run-up to $45,064 latest, while refreshing the all-time high on earely Tuesday. The BTC/USD rallied heavily on Monday after Tesla announced that it had previously bought $1.5 billion worth of Bitcoins, pushing the price to update historical highs of $43K.

ETH/USD wavers around the mid-1,700s during early Tuesday. In doing so, the altcoin teases the record high of $1,780, flashed the previous day, inside the one-month-old rising channel. RSI conditions join immediate resistance to challenge the bulls.

Algorand Price Forecast: ALGO right on track to hit $1.05 as it encounters no resistance

Algorand has experienced a massive rally since the beginning of 2021 and it’s getting closer to its previous all-time high levels hitting a market capitalization of over $1 billion. The bullish price target of $1.05 will most likely be hit within the next few hours. 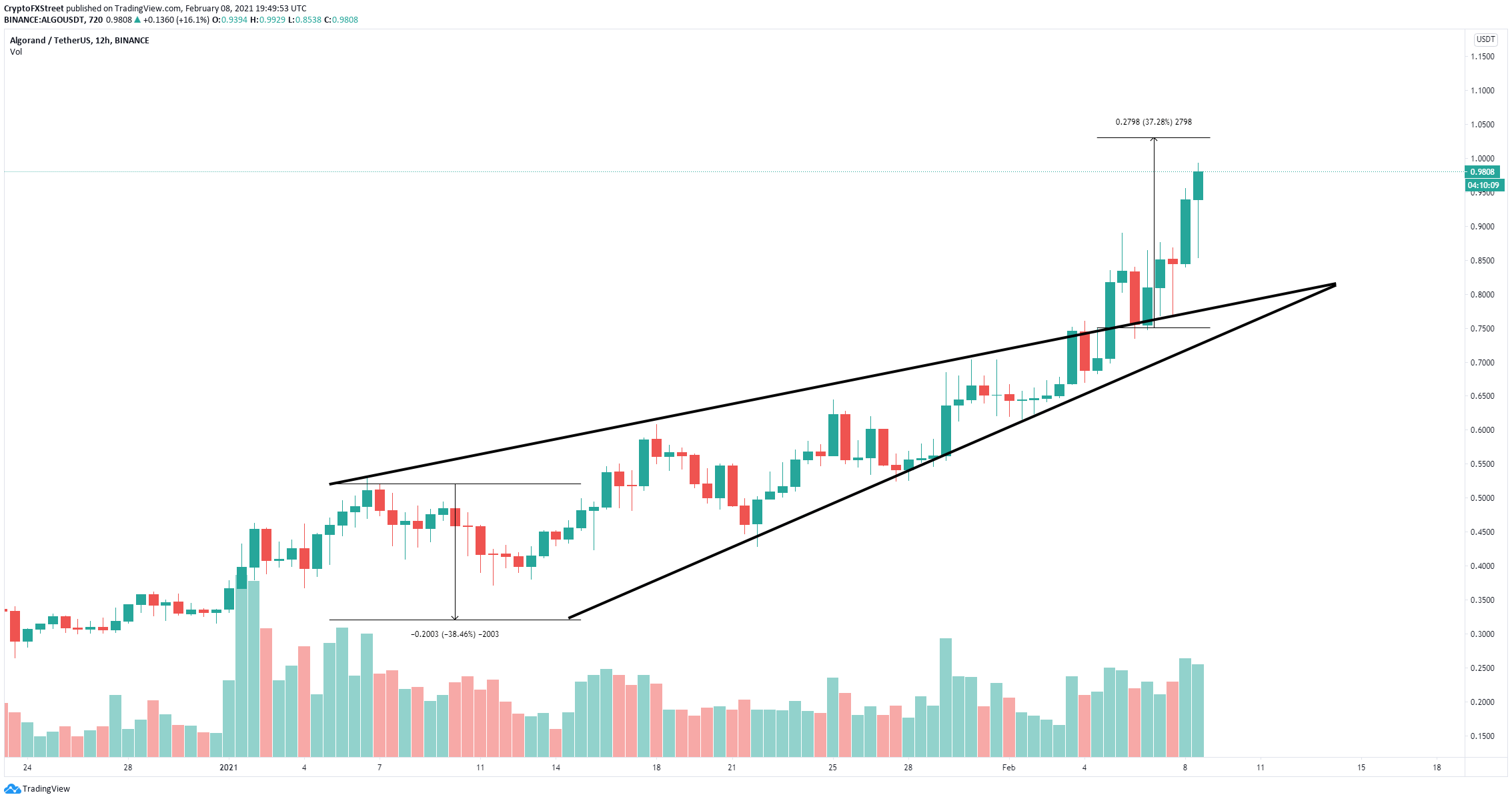